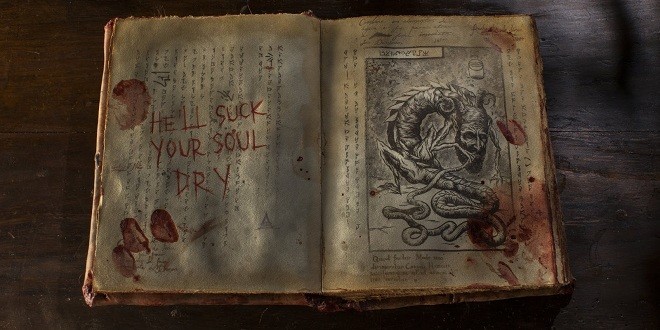 What makes a great horror film?  The answer is likely to vary from viewer to viewer more so than with any other genre of film.  Whether steeped in allegory/metaphor or not, at a minimum, a horror film should unsettle the viewer, for better or for worse.  And by its very nature, a good horror film should garner some bad reviews along the way because – even when a horror film is effective, we may not like how it makes us feel, and in attempting to intellectualize those feelings, we tend to let the whys get in the way of assessing the hows.  And of course, we all have different tastes and thresholds.  In terms of the narrative elements, some prefer the nonexplicit things-that-go-bump-in-the-night approach; others need disturbing imagery and gore to generate the intended effect; and still others gravitate toward the creepy atmosphere.  But any and all of these elements can become tedious and wearing – like the third or fourth consecutive go-around on a rollercoaster – if the narrative is weak.

Dubbed in its marketing materials as “the most terrifying film you will ever experience,” Evil Dead (2013) serves up all three of these elements (albeit some more than others).  But does it all add up to a good horror film?

The Evil Dead (1981) is known among cineastes as the introduction to the hyper-kinetic camera work of director Sam Raimi, and among horror fans, as an unlikely recipe of straight horror-and-gore with a distinct dash of comedy.  With its obviously low budget, the element of camp was both intentional and unintentional and had the effect of padding the viewer from the disturbing content.  (Eventually, Raimi and star Bruce Campbell went full-on camp for the sequels, The Evil Dead II (1987) and Army of Darkness (1992).)  Thirty-two years later, Raimi and Campbell serve as the producers of this remake, which is the feature debut by director/co-screenwriter Fede Alvarez.  Visually, Alvarez jettisons the camp while paying just enough of a tribute to Raimi with handheld pursuit shots through the woods accompanied by an oppressive rumbling score.

The basic setup is the same – five pretty young Americans venture into a secluded cabin in the woods, find a very bad book in the basement, and inadvertently unleash a demonic force that takes over the occupants one by one.  The remake manages to improve upon the original by motivating the foray into isolation as a last do-or-die attempt by friends and family at cleaning up herion addict, Mia (Jane Levy).  And this time around, in each instance of demonic possession, something comes out of one young woman’s mouth and goes into another young woman’s [orifice to be determined on a case-by-case basis].  (Perhaps we should credit the third screenwriter, Diablo Cody (Juno (2007)), for this particularly subversive twist on the idea of girl-on-girl action?)

But strong setups and interesting subtexts do not compensate for this remake’s fuzzy logic and plot cheats, and ultimately, the film devolves into an exercise in laying increasingly more gory scenes on top of the other.  To be sure, the practical effects are astoundingly good, and the sheer visual audacity is welcome in a current mainstream genre that has been dominated by jump-inducing (albeit tame) PG-13 fare.  Yet even at a relatively economical 91 minutes, it all starts to wear a bit thn by the time we finally get to the chainsaw.

Expressing an appreciation (or lack thereof) for all sorts of films for over 25 years.
Previous: No (2013)
Next: The Place Beyond the Pines (2013)