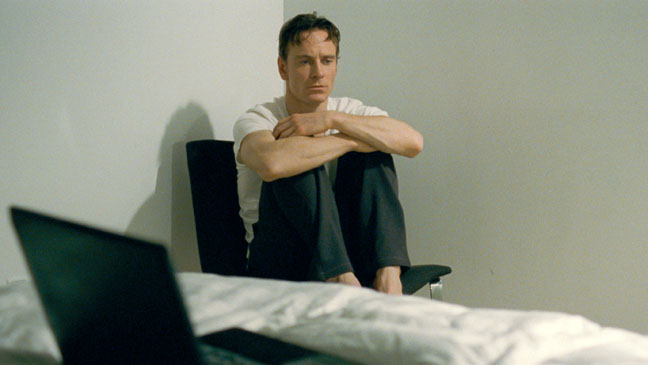 Posted by: Steven on December 17, 2011 in Movie Reviews Leave a comment

Generally speaking, it seems to me that there are two ways that Hollywood presents victims of abuse.  The first is as defenseless children – either literally or emotionally – and nothing more than receptacles for evil deeds and objects of our pity.  The second is as villains themselves – the pedophile, the serial killer, the abusive boyfriend (almost invariably male).  Often the abuse itself is portrayed through flashbacks with the obvious intent that the viewer feel sympathy for the victim, even if the victim later becomes the villain.  But the viewer is left with a one or two dimensional portrait – ignoring an important psychological aspect of the abuse itself and what it means to be truly damaged by it.  Shame.

What if the victim did not become a villain, but a seemingly “normal” functioning adult?  What if we were to take an honest look at two different victims 10 or 15 years down the road?  Where does our sympathy lie when the victim victimizes himself (and others)?

Director Steve McQueen’s Shame focuses on Brandon (Michael Fassbender) – who is clearly addicted to sex, and has a – let’s just say, ambiguous and complex – relationship with his sister, Sissy (Carey Mulligan).  The opening and ending sequences, accompanied by an effectively haunting score, exhibit Brandon’s encounters with all of the ugliness and anguish of a junkie shooting up in a bathroom stall – utterly devoid of the normal emotional or prurient associations we expect from sex scenes in film.  But to conclude that this film is simply about sex addiction would be to miss the complexity.

Of particular note is one scene that follows Brandon purging all of his porn and deciding to go straight.  Before a failed attempt to share intimacy with someone whom he has the hope of having a real connection or relationship with, he snorts a line of cocaine.  It is the first time we see Brandon do anything like that.  But it is clear that Brandon is not so much addicted to sex as he is just plain addicted.  If Brandon did not have that je ne sais qua – able to bring a woman on a subway to near-orgasm with just his stare – his addictive personality might have manifested itself in a different way.

Sissy has different issues, but to the point of being suicidal.  She is obsessive about every man who comes into her life.  She is unable to cope without exhibiting some level of dependency in someone.  If that person is not her brother, it would surely be some other male.

But Brandon and Sissy are brother and sister on more than one level.  At one telling point in the film, Brandon’s attempt to get off to an internet performer is juxtaposed by the sound of Sissy in the next room, pathetically pleading on the phone with a ex-boyfriend.

It is also clear that Brandon and Sissy share a common background.  All that we know about this background comes from a single line in the film, where Sissy reassures Brandon, “We are not bad people, we just come from a bad place.”  It is one of the many subtleties – the choices by McQueen not to show or explain – that made this film so powerful to me.  In a lesser film, Brandon and Sissy would be reduced to nothing more than a pervert and a head-case.

McQueen’s direction and cinematography are stellar.  And I cannot overstate the quality of the performances of Fassbender and Mulligan, who epitomize the art of acting for the camera (as opposed to simply working the dialogue).  There are scenes that I will not soon forget.  I don’t think I have ever viewed a character in a film singing a song where I was so oblivious to the song itself.

Expressing an appreciation (or lack thereof) for all sorts of films for over 25 years.
Previous: My Favorite Film of 2011: Melancholia
Next: The Girl With the Dragon Tattoo: Fincher’s Remake v. The Swedish Original