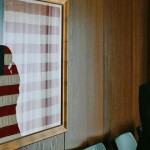 Spoiler Scale (How spoilery is this article on a scale of 1 to 10?):  3   Director Steven Spielberg has often been accused of making “emotionally manipulative” films, to which he responds (to paraphrase) – that’s the whole point of making a movie.  That said, the relevant question behind a very legitimate criticism of Spielberg’s films is not whether a film is manipulative, but how the filmmaker chooses ... END_OF_DOCUMENT_TOKEN_TO_BE_REPLACED