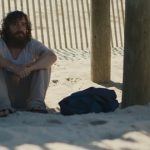 10. Blue Ruin.  This deftly-constructed deconstruction of the Hatfields and McCoys narrative seemingly came out of nowhere.  Jeremy Saulnier had previously written and directed one feature film – the obscure horror/comedy Murder Party (2007) – in which former classmate and stay-at-home dad, Macon Blair, had a supporting role.  And yet, with Blue Ruin, Saulnier’s eye is as subtle and evocative ... END_OF_DOCUMENT_TOKEN_TO_BE_REPLACED