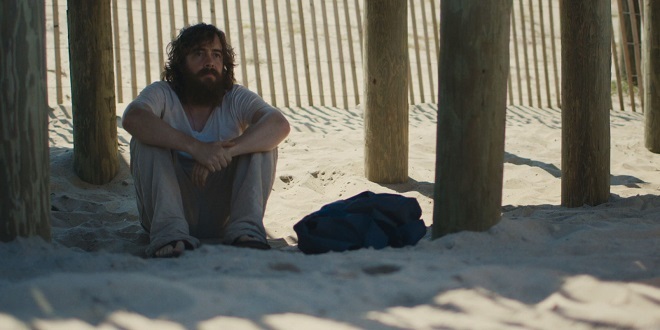 10. Blue Ruin.  This deftly-constructed deconstruction of the Hatfields and McCoys narrative seemingly came out of nowhere.  Jeremy Saulnier had previously written and directed one feature film – the obscure horror/comedy Murder Party (2007) – in which former classmate and stay-at-home dad, Macon Blair, had a supporting role.  And yet, with Blue Ruin, Saulnier’s eye is as subtle and evocative as any of the filmmakers on this list, and Blair’s understated take on a lost soul roused to exact justice is one of the strongest of the year.  The net result is a film imbued with a sense of realism that is revelatory – even if its thematic considerations are not.  (See original review.) 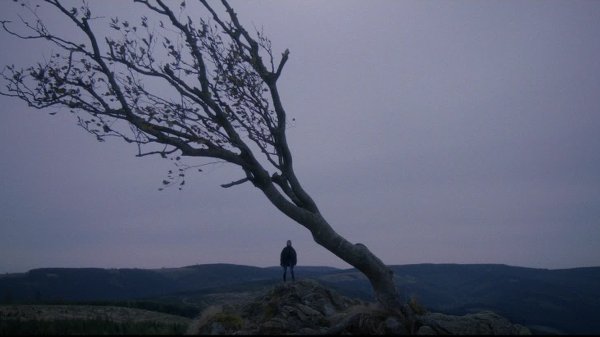 9. Nymphomaniac [Unedited Director’s Cut].  Of all of the films on this list, writer/director/provocateur Lars von Trier’s Nymphomaniac (originally cut by 44 minutes and split into two “volumes” for theatrical consumption in the U.S.) is easily the most demanding, and perhaps, intellectually honest.  This third film in von Trier’s “Depression Trilogy” (Antichrist (2009), Melancholia (2011)) tracks the exploits of Joe (Stacy Martin/Charlotte Gainsbourg) – a self-described nymphomaniac creeping up on middle age – as she relates each episode to a didactic hermit named Seligman (Stellan Skarsgård).  Each of the eight chapters graphically explores the relationship of sex to sexuality, morality, psychology, spirituality, religion, family, gender politics, violence, and love, while the meta-textual framing story presents a broader discourse – including indictments upon von Trier’s critics, and perhaps, even himself.  Within this structure, the greatest strength of Nymphomaniac is its breadth, as von Trier never allows us to consider topics as incendiary as abortion within the comfort of a partisan vacuum; but true to the many contradictions of von Trier, its greatest weakness is a run time that is exhausting, and perhaps, excessive.  That said, if the inclination does arise to accept the challenge and devote 325 minutes of your life to this film, I strongly recommend the fully-realized director’s cut.  (See original review.) 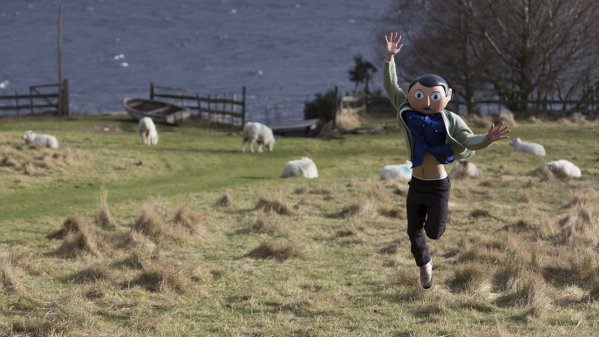 8. Frank.  The setup of this fictional rendering of Frank Sidebottom (the persona of pop singer Chris Sievey) is rather simple:  the avant-garde group, the Soronprfbs, need a new keyboardist, and Jon (Domhall Gleeson) wants to be a pop star.  But ambition is an infection easily spread from the marginally-talented wannabe to the uniquely-gifted artist (Michael Fassbender) – especially when the object of that ambition is so inextricably linked to our instinctual need to be loved.  While an overly ambitious script can also infect a feature film, Frank just manages to transcend its inherently enigmatic subject matter by tempering the comedy and the irony with just enough poignancy and sincerity.  And in channeling the likes of Jim Morrison and Mr. Rogers in seemingly equal measure, A-list face-guy Fassbender and his fiberglass head truly rocks.  The first time I watched Frank, I was caught up with anticipating what craziness would transpire next; the second time I watched Frank, I just wanted to hang out with the band. 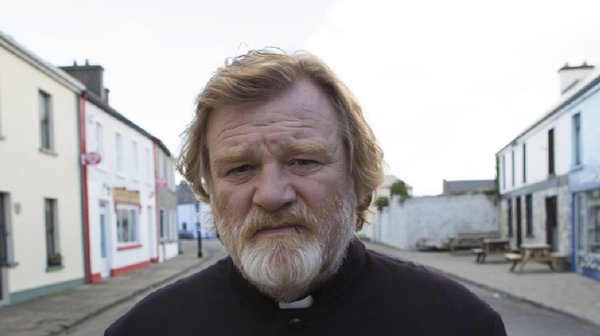 7. Calvary.  Within the shadows of a confessional nestled in a modest Irish church (with a small “c”), Father James (Brendon Gleeson) encounters an unidentified victim of pastoral sexual abuse seeking his own brand of vengeance against the Church (with a capital “C”):  “There’s no point in killing a bad priest, but killing a good one – there’s your shock.  They wouldn’t know what to make of that.  I’m going to kill you, Father.  I’m going to kill you because you’ve done nothing wrong.  I’m going to kill you because you’re innocent.  Not right now, I’ll give enough time to get your house in order, make your peace with God.”   With a startling opening like that, you might think you know exactly where a movie called Calvary is going, but in this case, you would probably be wrong.  With his second feature, writer/director John Michael McDonagh (The Guard (2011)) is unrepentantly theatrical, overtly self-aware, and clearly more interested in the precarious pursuit of Truth (with a capital “T”) than the narrative strictures of reality.  Thanks in large part to Gleeson’s career-defining performance, somehow it all works.  (See original review.) 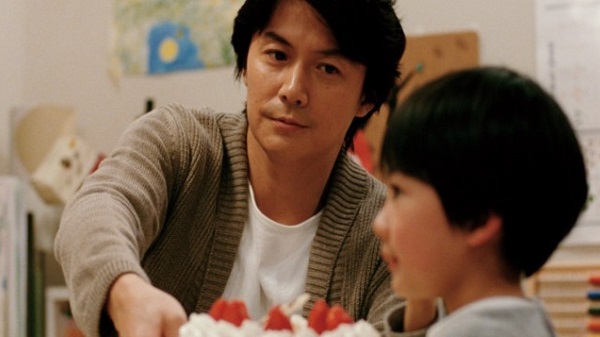 6. Like Father, Like Son (Soshite chichi ni naru).  What if a young father and mother discovered that their six year-old son – and the only biological child they will ever be able to have together – had been switched at birth in the hospital?  And what if a filmmaker actually took this seemingly unlikely premise seriously?  With Like Father, Like Son, writer/director Hirokazu Kore-eda unwinds all of the threads that create the relationship between father and son – and for that matter, mother and son – to see which ones bind the strongest.  When psychological impulses butt up against social norms and each other, the end result is necessarily messy.  If you take one piece of advice from this list, see this one before Steven Spielberg and company churn out what is certain to be a culturally-sanitized, morally-simplified remake.  (DreamWorks has tapped Chris and Paul Weitz – the duo behind American Pie (1999) – to direct.)  (See “Pride in the Name of Love: Like Father, Like Son (2014)”.) 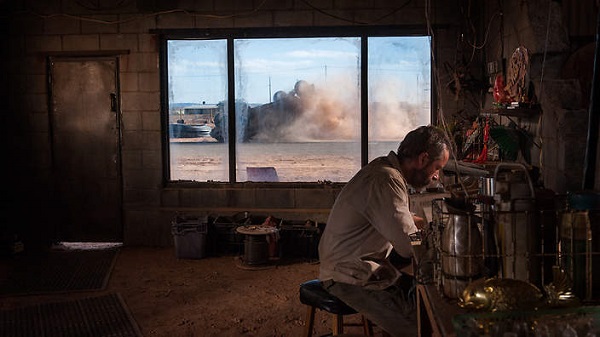 5. The Rover.  Whereas Kore-eda unwinds the threads of parenthood in Like Father, Like Son, writer/director David Michôd (Animal Kingdom (2010)) unwinds the threads of humanity in this post-apocalyptic Western.  Within an uncomfortably and vaguely familiar anti-Mad Max milieu, Guy Pierce’s desert rover just wants his car back (a lot like Marcel wants that briefcase in Pulp Fiction (1994)); Robert Pattinson’s abandoned soul just wants to find out if blood is really thicker than water; and the rest of world seems to be waiting for permission to die.  At once quiet and captivating, The Rover‘s moments of abrupt violence create the ripples that delineate the stark emotional landscape upon which Michôd exposes those last few threads.  (See original review.) 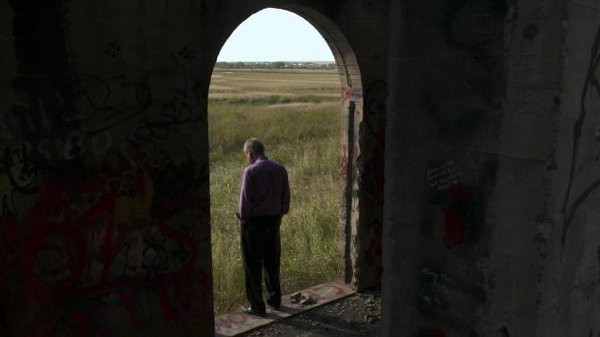 4. The Overnighters.  At least one reviewer of The Overnighters has correctly noted how lucky director Jesse Moss got at the conclusion of his 16-month project to document the effects of a sudden influx of laborers, sparked by a fracking boom, upon a small North Dakota town.  Even so, as a whole, The Overnighters is tautly shot and edited, as Moss juggles the personal story of Lutheran pastor (Jay Reinke) with a nuanced indictment of the small town as a microcosm for dealing with contemporary political, economic, and social issues.  From the very beginning, Reinke challenges both his parishioners and us to define community in the 21st Century, and in the sense that Reinke is reaching out to other Americans, The Overnighters offers a unique examination of contemporary xenophobia isolated from the racism that we associate with anti-immigrant sentiments.  But then comes that final punch in the gut, which threatens to re-contextualize the entire film and haunt the viewers with questions of just where our compassion really comes from.  More than any other film on this list, the less you know going in, the better. 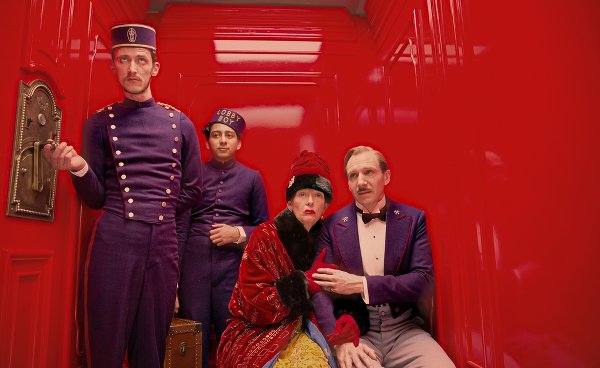 3. The Grand Budapest Hotel.  “Why do you want to be a lobby boy?” asks the demanding concierge Monsieur Gustave (Ralph Fiennes).  “Well, who wouldn’t, at the Grand Budapest, sir – it’s an institution,” responds the hopeful interviewee Zero (Tony Revolori).  And so begins the friendship of master and protégé at the heart of this infectious/cloying film, with the setting serving as the glue.  Of course, there’s a murder, a will, a painting, another will, a prison escape, and a high-velocity ski chase, but those are mere plot points.  The key to loving/hating The Grand Budapest Hotel lies in the story-telling itself – history will be caricatured, lines will be read, props will be miniaturized, feet will be focused upon, pets will meet their demise, and the projection speed on those action sequences will seem off.  And notwithstanding its sharper edges, in this sense, The Grand Budapest Hotel constitutes the third of director Wes Anderson’s most unapologetically Andersonian films and confirms that The Fantastic Mr. Fox (2009) was indeed a turning point in his oeuvre.  (See original review.) 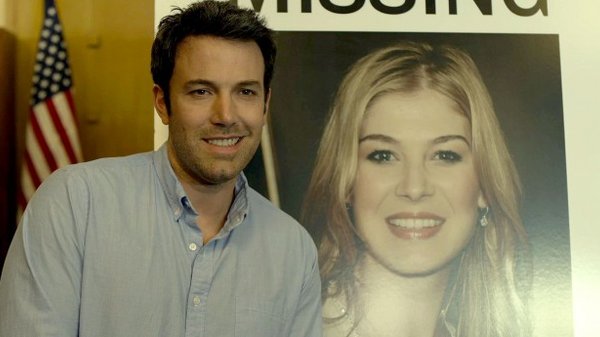 2. Gone Girl.  Without being spoiled by having read the best-selling novel by Gillian Flynn, for me, the experience of director David Fincher’s return-to-form brought back memories of the dark fun of Killer Joe (2012) – the somewhat more violent, somewhat more trashy return-to-form of director William Friedkin.  Setting aside the A-list casts, both films bear the hallmarks of b-movie exploitation and intrigue, and both screenwriters (adapting their own source material) use those devices to hyper-dramatize their provocations.  The first meeting of the attractive couple at the heart of Gone Girl (Ben Affleck, Rosamund Pike) plays like a modernized version of every other classic Hollywood rom-com – the repartee is so intelligent, witty, flirtatious, inviting, and so unnaturally perfect.  At its core, Gone Girl is all about role-playing – what each player becomes, or tries to become, in order to lure the object of affection into the bliss/banality of the perfect marriage – and Flynn and Fincher cast a carefully-crafted, deliciously-dark curse on both houses.  (See original review.) 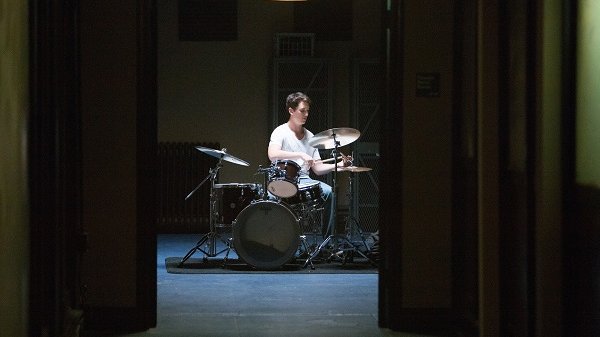 1. Whiplash.  When it comes to assessing what makes truly effective cinema, we all have our predilections (whether we owe up to them or not).  That said, I would submit that Whiplash has all of the fundamental elements of any truly great film: a writer and a director with a distinct vision (Damien Chazelle), performers who understand exactly what that vision is (Miles Teller, J.K. Simmons), and the talent to realize that vision.  You can resist this little/big conservatory melodrama if you like, but for me, resistance was futile … for more spoilery love, see “My Favorite Film of 2014: Whiplash”.

Honorable mentions (some other B+ films):

Biggest disappointments (based on expectations at the beginning of the year):

Films that I found to be most overrated (I’m talking to you, imdb users):

Expressing an appreciation (or lack thereof) for all sorts of films for over 25 years.
Previous: She Said: Top 10 Films of 2014
Next: American Sniper (2014): Pandering to a Chickenhawk Nation