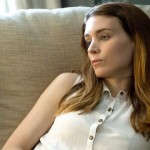 Spoiler Scale (How spoilery is this article on a scale of 1 to 10):  4  Legend has it that director Steven Soderbergh’s debut feature film, sex, lies, and videotape (1989), ushered in the rise of the indie film in the 1990s, and more specifically, the emergence of the Sundance Film Festival as an influence on American movie culture.  (The Oscar-nominated Beasts of the Southern Wild (2012) is one ... END_OF_DOCUMENT_TOKEN_TO_BE_REPLACED