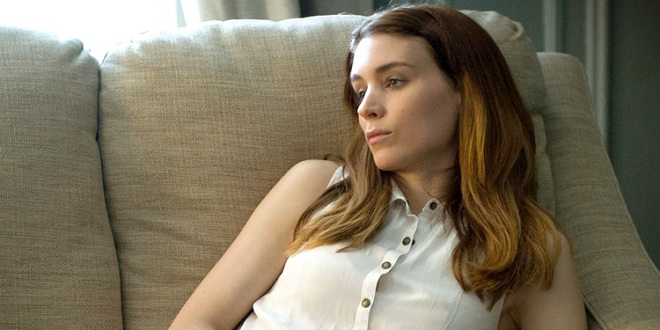 Posted by: Steven on February 8, 2013 in Movie Reviews 2 Comments

Legend has it that director Steven Soderbergh’s debut feature film, sex, lies, and videotape (1989), ushered in the rise of the indie film in the 1990s, and more specifically, the emergence of the Sundance Film Festival as an influence on American movie culture.  (The Oscar-nominated Beasts of the Southern Wild (2012) is one of the most recent products of the Sundance hype machine.)  Since that time, Soderbergh’s prolific career as a director has been all over the map – from the occasional experimental films (Schtizopolis (1996)), to the mainstream star vehicles (Out of Sight (1998)), to the Oscar-bait biopics (Erin Brockovich (2000)), to the genre films (The Limey (1999)), to the remakes (Solaris (2002)), to the remakes of genre films (Ocean’s Eleven (2001)), to the sequels of remakes of genre films (Oceans Twelve (2004)).  Suffice to say, having directed 26 features in the last 23 years, the quality has been uneven at best – especially of late.  Why is all of this relevant?  Soderbergh has announced that his latest film, Side Effects, will also be his last.  (Does anybody remember The Who Tour 1982?)  So Side Effects is the final chapter of the career of one of the most significant directors of the modern era.

If this is Soderbergh’s swan song, he goes out with a bang.  The film begins with Emily (Rooney Mara) welcoming her husband Martin (Channing Tatum) home after a stint in prison for insider trading.  Facing a relatively bleak future, Emily is an emotional mess – exhibiting anxiety, depression, and suicidal tendencies.  After a car accident that appears to be a cry for help, the attending psychiatrist at the hospital, Dr. Jonathan Banks (Jude Law), agrees to release her on the condition that she seek treatment as his patient.  Dr. Banks begins a regimen of the more common antidepressents, but the side effects prove to be unbearable for Emily.  So at the suggestion of Emily’s former pre-loss-of-insurance-coverage psychiatrist (Catherine Zeta-Jones), Dr. Banks decides to prescribe Emily the hottest new drug to hit the market – Ablixa.  It works amazingly – that is, until it doesn’t.  Suffice to say, the narrative twists and turns – from a first act that plays as a cultural commentary, to a second act that invokes Hitchcock in the best ways possible, to a third act that veers into modern noir.

From the very first scene in last year’s spy thriller Haywire, we witnessed the unfortunate results of Soderbergh’s experiment with using a nonprofessional lead actress (professional fighter Gina Carano).  In casting Side Effects, Soderbergh seems to have learned his lesson.  Even if you were not yet sold on Rooney Mara’s all too brief appearance in The Social Network (2010) or self-conscious re-casting of the enigmatic Lisbeth Salander in The Girl With the Dragon Tattoo (2011), Side Effects will make you a true believer.  And Soderbergh’s eye loves Mara in all the right ways.

To be sure, some of the plot points in the rather ambitious script by Scott Z. Burns (The Bourne Ultimatum (2007), Contagion (2011)) are a bit too abbreviated, and the pacing leaves little room for the audience to breathe.  But all of the best techniques Soderbergh has honed over the years serve this story particularly well, and as a result, Side Effects is his strongest film since Traffic (2000).