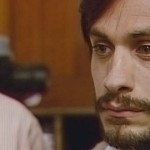 Spoiler Scale (How spoilery is this article on a scale of 1 to 10?):  4   In 1988, after 15 years under dictator Augusto Pinoche, the international community – including the U.S., who had previously supported the anti-Communist dictator – forced a referendum (“plebiscite”) on Pinoche’s continued rule, with the ballot simply asking “Yes” or “No.”  The powers-that-be also compelled the government – which had a history ... END_OF_DOCUMENT_TOKEN_TO_BE_REPLACED