Movie Reviews Review of No (2013) | Aflixionado 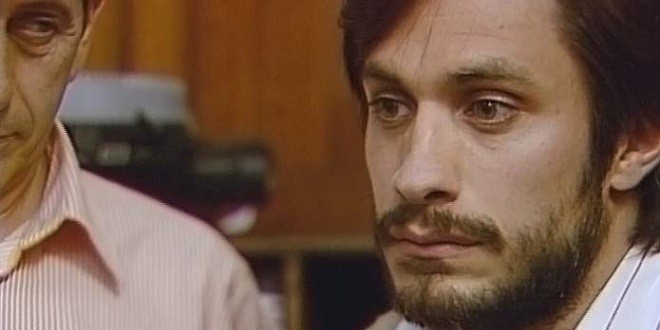 Posted by: Steven on April 1, 2013 in Movie Reviews Leave a comment

In 1988, after 15 years under dictator Augusto Pinoche, the international community – including the U.S., who had previously supported the anti-Communist dictator – forced a referendum (“plebiscite”) on Pinoche’s continued rule, with the ballot simply asking “Yes” or “No.”  The powers-that-be also compelled the government – which had a history of human rights violations – to give the Yes and No campaigns 15 minutes of airtime per day in the month preceding the vote.  With 17 different groups opposing Pinoche, the division was significant.  Some of those groups saw the vote as a sham and did not even want to validate Pinoche’s adherence by participating.  Others simply wanted to use the media access as a platform for indicting Pinoche of his past crimes.  And still others wanted to take the opportunity to actually free Chile of the Pinoche regime.

Director Pablo Larraín’s No tells the story of René (Gael García Bernal) – a hot advertising executive who reluctantly agrees to work on the No campaign.  We have all seen this kind of historical narrative before, but what is unique to No is René’s approach and how it informs political change.  Rather than focusing on the negatives of the past, René is determined to win the referendum by selling the people a positive future – like he is selling a bottle of cola or microwave oven.  Indeed, the dueling infomercials – the fight for the soul of Chile – are the most interesting aspects of the film and leave the viewer hungry for a deeper documentary on the subject.  (According to Larraín (Post Mortem (2012)), approximately 30 percent of the film is documentary footage.)

Yet this aspect of No highlights a common problem with biopics.  The more that Larraín and screenwriter Pedro Peirano dwells on the historical facts and the political aspects of the film, the less personal the film feels.  And notwithstanding the subtlety of Bernal’s performance, we never really get close enough to René to really know what motivates him to risk so much – including the safety of his young son, Simon (Pascal Montero).  A reference to his father’s exile is too fleeting.  Is it a matter professional accomplishment spurred by his boss (Alfredo Castro) working for the Yes campaign?  Would Simon’s semi-estranged dissident mother (Elsa Poblete) really return if Pinoche was ousted?

In addition to keeping the main character at arm’s length, Larraín further undermines any emotional connection the viewer might have by shooting the film using vintage video cameras.  As such, the entire film has the aesthetic of an 80s videotape, and as a result, the viewer may be left with the impression that the whole proceeding is intended to be a commercial.  Indeed, according to the principals of the real-life No campaign, Larraín doesn’t let the truth get in the way of a good story.