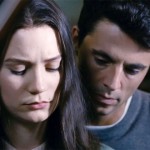 Spoiler Scale (How spoilery is this article on a scale of 1 to 10?):  4   As an initial matter, I must disclose that I was not as enraptured as others with South Korean director Park Chan-wook’s Oldboy (2005), which has been remade for the mainstream U.S. audience by Spike Lee for release later this year.  But in the psychodrama Stoker, his first English-language film, Chan-wook’s ... END_OF_DOCUMENT_TOKEN_TO_BE_REPLACED