Revisiting Rashomon (1950): Deception and the Relativity of Truth 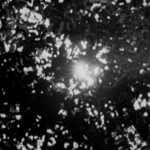 Spoiler Scale (How spoilery is this article on a scale of 1 to 10?):  9  In November 2012, the Criterion Collection released the Blu-Ray edition of what is arguably director Akira Kurosawa’s most intriguing film, Rashōmon (1950), with a new digital restoration with an uncompressed monaural soundtrack, an audio commentary by Kurosawa scholar Donald Richie, a documentary with the cast and crew of Rashōmon, excerpts from a documentary on ... END_OF_DOCUMENT_TOKEN_TO_BE_REPLACED