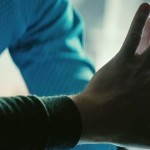 Spoiler Scale (How spoilery is this article on a scale of 1 to 10?):  3    The very title of director J.J. Abrams’ sequel to the reboot, Star Trek (2009), begs comparison with The Dark Knight (2008), another sequel which was widely considered an even stronger film than its origin story.  The comparison is even more apt considering the oft-stated critical rule of the Star ... END_OF_DOCUMENT_TOKEN_TO_BE_REPLACED