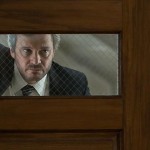 Spoiler scale (How spoilery is this article on a scale of 1 to 10?):  4   Nothing undermines art like reverence.  And biopics are no exception to this rule.  Over the last 20 years, four feature-length documentaries have covered the 1993 murders of three boys in West Memphis, Arkansas, the resulting trials and conviction of the so-called “West Memphis Three,” the growth of their celebrity and civilian supporters alike, and ... END_OF_DOCUMENT_TOKEN_TO_BE_REPLACED

A Skeptic’s Guide to the West Memphis Three Documentaries 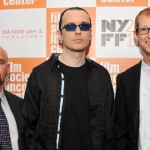 Spoiler Scale (How spoilery is this article on a scale of 1 to 10?):  8   “I am going to influence the world.  People will remember m[e].” – Damien Echols, from Exhibit 500, page 50, in Echols v. State of Arkansas The setting was West Memphis, Arkansas – a town of roughly 30,000 that sits on the other side of the Mississippi ... END_OF_DOCUMENT_TOKEN_TO_BE_REPLACED