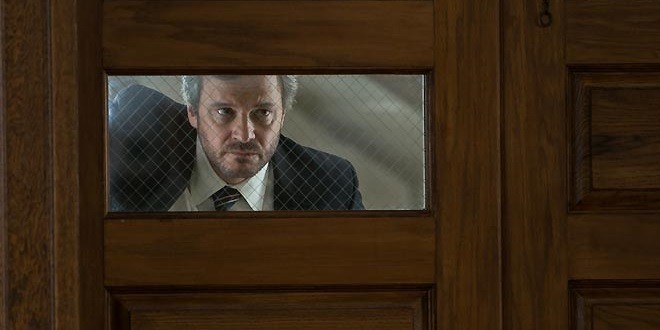 Posted by: Steven on July 6, 2014 in Movie Reviews Leave a comment

Nothing undermines art like reverence.  And biopics are no exception to this rule.  Over the last 20 years, four feature-length documentaries have covered the 1993 murders of three boys in West Memphis, Arkansas, the resulting trials and conviction of the so-called “West Memphis Three,” the growth of their celebrity and civilian supporters alike, and their ultimate release on an Alford Plea in 2011.  On closer inspection, I was left with mixed feelings about the documentaries, which seemed to progressively spin the facts away from an intellectually honest examination of why wrongful convictions happen and into a salvo in the entertainment industry’s culture war against the red states.  (See A Skeptic’s Guide to the West Memphis Three Documentaries.)  And after the release of said industry’s collective victory lap, West of Memphis (2013), I didn’t expect Hollywood to shed much more light on the case – journalistically or artistically – that didn’t advance the agenda of portraying defendant Damien Echols as the chief casualty in said culture war.

But I had at least some hope for the first dramatic film based on Mara Leverritt’s Devil’s Knot: The True Story of the West Memphis Three (2002), primarily because of the involvement of director Atom Egoyan.  Egoyan’s adaptation of Russell Banks’ novel, The Sweet Hereafter (1997), was a powerful, nuanced exploration of both the disconnect between legal machinations and morality and the inextricable link between pain and truth.  Egoyan allowed actors to act and allowed the audience to think.  The film breathed.   So if any director could cut through the morass of documentation and theories surrounding the Robin Hood Hill murders/West Memphis Three to create a compelling film, Egoyan certainly belonged on the short list.

Unfortunately, that burden proved to be too much.  The pedestrian dialogue (penned by the duo who brought us Urban Legends: The Final Cut (200), The Exorcism of Emily Rose (2005), and Deliver Us from Evil (2014)) exists almost entirely to provide exposition, or in the case of Colin Firth’s private investigator, righteous indignation and preaching about the death penalty.  The perfunctory attempts to portray Pamela Hobbs (Reese Witherspoon) as haunted by the ghost of her Elvis-singing son are so unconvincing that they stray uncomfortably close to tasteless self-parody.  And with the exceptions of Kevin Durand as John Mark Byers and Mireille Enos as Vicki Hutcheson, the entire A-list cast seems to be tiptoeing their way over hallowed ground.  The net effect is a failed exercise in checking the boxes, as Egoyan and company ultimately choose to squander their 114 minutes by burying the viewer in all of the details and distractions of the original trial.  In its attempt to relate all of the essential facts, the film ultimately fails to convey any truth – emotional, psychological, philosophical, cultural, political, or otherwise.  And therein lies the irony – the first dramatic feature film to cover a case that has generated so many partisans ends up being dramatically inert.

Expressing an appreciation (or lack thereof) for all sorts of films for over 25 years.
Previous: Little Spiders, Big Spider: Untangling Enemy (2014)
Next: Life Itself (2014)

A Skeptic’s Guide to the West Memphis Three Documentaries