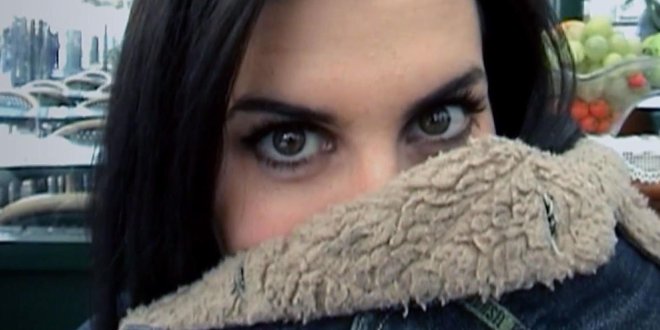 Posted by: Steven on July 11, 2015 in Movie Reviews Leave a comment

Why is it that certain individuals as talented as Amy Winehouse are born to fathers like Mitch Winehouse?  And why are they so obsessively and inextricably attracted to guys like Blake Fielder?  My suspicion is that the answers to those questions may be linked.  But contrary to what one might expect of a celebrity tragi-doc like Amy, and to his credit, director Asif Kapadia is not especially interested in concocting answers to such questions or rationalizing explanations for the human contradictions that underlie them.

Winehouse certainly harbored her share of contradictions.  In her late teens, which is where Kapadia’s documentary begins, an almost unrecognizable Winehouse had both the desire and the goods to be a jazz singer.  And in an early interview, she attests to a rather modest goal: to record whenever she wants and work with whomever she wants.  As one of her idols, Tony Bennett, puts it, “a jazz singer doesn’t want to be in front of 50,000 people.” But when the lottery check of fame shows up at the door – after having recorded one of the great break-up albums of all time and one of the best blues songs of the past four decades (“Back to Black”) – Winehouse willingly cashes it.  Who wouldn’t want to be adored by hordes, especially after losing the object of one’s affection?  Yet Amy the person seems to be lost to Amy Winehouse the persona – the heroin chic shape, the tacky tattoos, the goth bouffant, and of course, those distinctive mascaraed eyes.  (Kapadia loves the eyes, as the promo posters for both this documentary and his previous feature, Senna (2011), suggest.)

At a time when critics seem most enamored with documentaries that brim with narrative gimmickry and socio-historical importance (e.g., Act of Killing (2012), The Missing Picture (2014)), it’s refreshing to witness just how compelling and accessible the product of the seemingly basic art of compilation can be.  Like its title, Kapadia’s documentary is simple – it’s chronologically structured, it incorporates voice overs from various people in Winehouse’s life, and it includes pieces of performances with lyrics from her songs appearing on screen.  We’ve seen this done before.  We’ve heard this kind of story before.  Yet the footage – often ironically sourced – is so immediate that certain moments feel more like a biopic than a documentary.  The editing is both organic and precise – a master class in contextualization.  And without being sycophantic, Amy the documentary ultimately succeeds on its own terms: restoring the humanity to the memory of a person who had become the butt of a joke.

Expressing an appreciation (or lack thereof) for all sorts of films for over 25 years.
Previous: Revisiting Gimme Shelter (1970) and the End of an Era
Next: A Nightmare on 8 Mile Road: It Follows (2015)