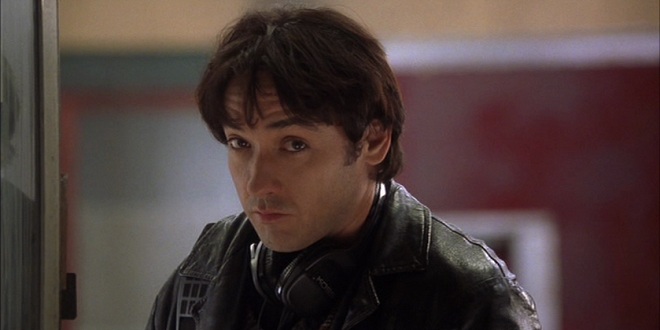 In recognition of the holiday, this article is the third installment of four published in February 2013 highlighting my favorite love stories put to celluloid in the 21st century.

“One moment they weren’t there – not in any form that interested us anyway, and then the next, you couldn’t miss them.  They were everywhere.  And they had grown breasts.  And we wanted … Actually we didn’t even know what we wanted.  But it was something interesting – disturbing even.”

High Fidelity (2000) is my generation’s Annie Hall (1977).  With director Stephen Frears’ adaptation of Nick Hornby’s best-selling novel (1995), there is no need to wiki Jeff Goldblum’s reference to EST.  Instead of a cameo by media theorist Marshall McLuhan, we get Bruce Springsteen.  Instead of New York intellectuals of the 1970s navigating their way through cultural particulars of the sexual revolution, we get pop music snobs of the 1990s clinging to their youth like vinyl records in the dawn of the MP3.  And instead of the neurotic Woody Allen (known most prominently by my generation as the guy who had a thing for young Asian girls), we get the neurotic John Cusack (who we could imagine as the more experienced version of Lloyd Dobler from Say Anything (1989)).

At the beginning of the movie, Laura (curiously cast Danish actress, Iben Hjelle) is leaving Rob (Cusack), which results in his narrative reconstruction of his top five most memorable breakups of all time – going all the way back to the first prepubescent love affair.  By the second act, we find out that Rob is something less (and more) than a mere victim.  His character has an arc to make, which only expands our interest in his perspective.

“I can’t fire them.  I hired these guys for three days a week, and they just started showing up every day.  That was four years ago.”

Quentin Tarantino’s has often expressed a certain fondness for filmmakers who are willing to let their characters just hang out – from Howard Hawks (Rio Bravo (1959)) to Richard Linklater (Dazed and Confused (1993)).  In High Fidelity, Frears allows us to hang out at Championship Vinyl (Rob’s record store) with two of the best foils to appear in any romantic comedy – Barry (Jack Black) and Dick (Todd Louiso). 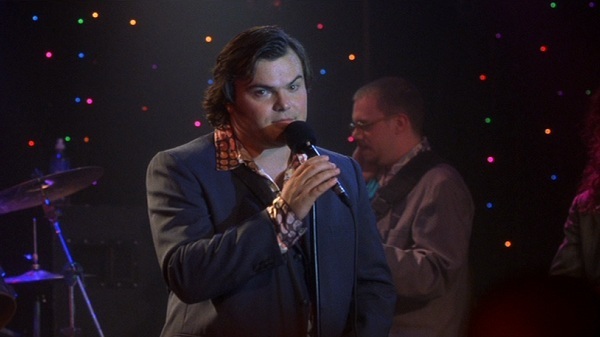 “What came first – music or the misery?  People worry about kids playing with guns or watching violent videos like some sort of culture of violence will take them over.  Nobody worries about kids listening to thousands – literally thousands – of songs about heartbreak, rejection, pain, misery, and loss.  Did I listen to pop music because I was miserable, or was I miserable because I listened to pop music?”

For a film with a main character who experiences music autobiographically, the soundtrack needs to run wide and deep.  It does (e.g., Elvis Costello, Bob Dylyan, Arthur Lee, Stereolab, Liz Phair, De La Soul, The Vaselines, etc.).  And appropriately enough, High Fidelity goes out with a shockingly competent and un-overstated performance by Black. 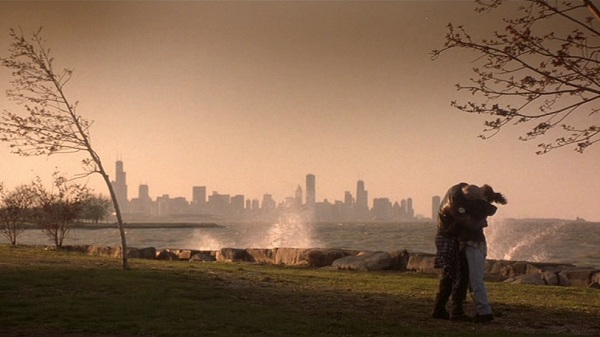 “John Dillinger was shot dead behind that theatre in a hail of FBI gunfire.  You know who tipped them off?  His fucking girlfriend.  And he just wanted to go to the movies.”

In co-writing the adaptation of Nick Hornby’s novel, Cusack found that it was relatively simple to “transpose it directly from London to Chicago.”  Even veteran British director Frears admits that by making the move, the story “lost some of its stoicism and became slightly more romantic.”  All clichés aside, the city of Chicago really does become a character in the film. 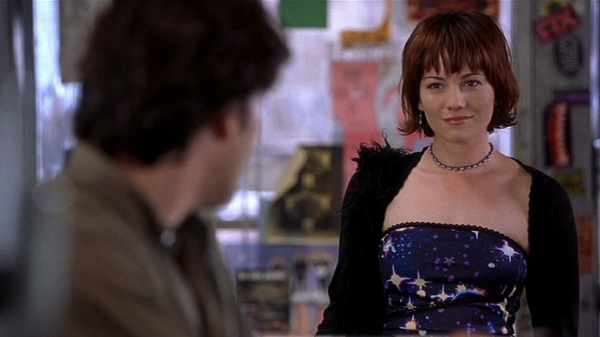 “I’m just sick of thinking about it all the time.  This stuff.  About settling down and marriage.  I just want to think about something else.”

What is particularly refreshing about High Fidelity as a genre film is a third act that actually rings true.  Why do people cycle through relationships – getting together, breaking up, etc.?  Those questions are never as clean Hollywood would like us to think.  Rom-coms tend to deal in platitudes, like how we should love ourselves before we can love someone else.  But the reality is that sometimes we can get ourselves together, and sometimes we need a push.  Need certainly plays a role.  Ultimately, this is one man’s journey to find both happiness and love where there is a genuine and tangible tension between the two.  The revelations take a bit to settle in to both the head and the heart, and we are bound to stumble.  High Fidelity invokes a certain affection – if not empathy – for its characters without ever whitewashing.

Expressing an appreciation (or lack thereof) for all sorts of films for over 25 years.
Previous: Oscar-Nominated Live Action Shorts (2012)
Next: 21st Century Love Stories: Eternal Sunshine of the Spotless Mind (2004)