Movie Reviews Review of Stations of the Cross (2015) | Aflixionado 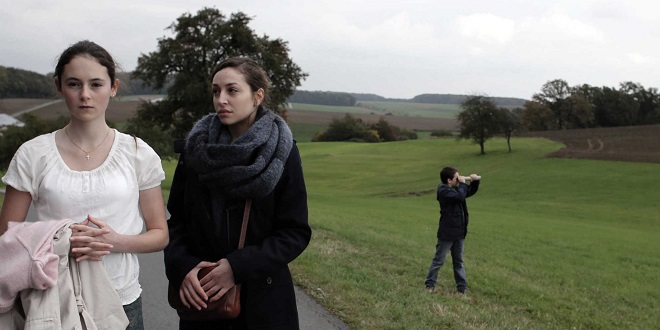 A Non-Believer’s Musings on Stations of the Cross (2015)

Posted by: Steven on October 29, 2015 in Film Essays Leave a comment

To be sure, at this moment in history, the obvious choice for examining religious fundamentalism would be Islam (see, e.g., Timbuktu (2015)) – that is, notwithstanding the efforts of regressive liberals in the West to insulate that particular faith from critique, the undeniable fact is that the tens of thousands of intolerants converging in the deserts of Syria and Iraq to wage apocalyptic war are not Jews, Christians, Hindus, or Buddhists.  Wisely, however, director/co-writer Dietrich Brüggerman and co-writer Ann Brüggerman focus on the personal, and not the political, and remind us that fundamentalism can reside within even the most contemporary suburbias of Europe and the most traditional of denominations (Catholicism).  This particular anti-parable involving the spiritual crisis of a 14 year-old girl (Maria, played by Lea van Acken) is set within the context of the semi-fictional Priestly Society of St. Paul, which rejects as the devil’s work the reforms of the Second Vatican Council (you know, stuff like allowing mass to be held in languages other than Latin so people could actually understand it).  Formally drawing from a Good Friday practice of which all Catholics are familiar, the scoreless film is comprised of 14 extended, mostly static, shots paralleling Maria’s own path of self-sacrifice with that of the crucifixion of Jesus.

The subject matter is the thematic equivalent of nitroglycerin; but the script (the winner at the 2014 Berlin International Film Festival) and the performances are so subtle, sober, and shrewd that the full breadth of the film’s merits risks passing by viewers unnoticed.  That said, true to the nature of the ritual from which it is derived, Stations of the Cross is a meditation.  Indeed, Stephen Holden of the New York Times quite astutely described the film in the alternative as: (a) a relentlessly harsh critique of religious extremism and its devastating effects on the individual; (b) a genuinely religious work exalting self-deprivation in pursuit of eternal life; or (c) a provocative, straight-faced satire.  Considering that these characterizations are, in large part, mutually exclusive, I lean toward option (a), but my subjectivity as an atheist raised as a Catholic invariably clouds my assessment.

What I can say is that it seems, from the position of an outsider, that if religion offers the individual anything other than a source of social stratification, it is the comfort of having a rock beneath one’s feet – black and white principles to navigate a world of grey.  For this reason, I tend to have a certain level of admiration (intellectually speaking) for the fundamentalists who doggedly fight against the erosion of that rock by cultural evolution.  And yet, there is a certain contradiction between an adherence to godly principles and the dictates of human nature – viewed here from the perspective of a child transitioning into adulthood, desperately seeking to carve out an identity within a family headed by an emotionally tyrannical matriarch.  Maria is told that denying herself a cookie is a opportunity to reflect a spiritual commitment, while anorexia is simply not acceptable behavior.  For the retreating Maria, to play the game is to lose the hope of saintly purity by degrees, diluting black and white into grey.  And ultimately, the potency of Stations of the Cross lies in its exposure and exploration of that contradiction.

Expressing an appreciation (or lack thereof) for all sorts of films for over 25 years.
Previous: The Martian (2015)
Next: The Lonely Hearts Killers