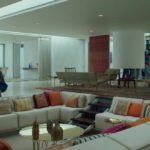 10. Columbus.  As with the Indiana town for which it is named, architecture features prominently in academic-turned-filmmaker Kogonada’s debut feature.  And the best that I can say, upon viewing this film, is that there also seems to be a certain geometric connection between the influences at play: (i) it makes total sense, narratively speaking, that Kogonada previously made a video essay about ... END_OF_DOCUMENT_TOKEN_TO_BE_REPLACED 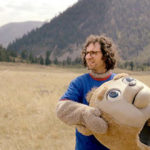 10. Brigsby Bear.  Written by and starring Kyle Mooney, of Saturday Night Live, Brigsby Bear is the most unusual film I saw this year.  It opens in the home of James, who is too old to have the bedroom shown outfitted with costumed-bear merchandise.  After a scene involving gas masks suggests the setting is a post-apocalyptic dystopia, Occam’s razor comes ... END_OF_DOCUMENT_TOKEN_TO_BE_REPLACED