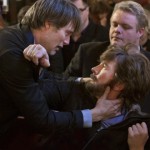 Spoiler Scale (How spoilery is this article on a scale of 1 to 10?):  4 In the West, we generally define innocence as freedom from guilt of a particular crime, and we take a certain pride in a legal presumption of innocence – the idea that given the difficulty of proving the negative, an accused is considered innocent until proven guilty by sufficient evidence of probative value.  But here ... END_OF_DOCUMENT_TOKEN_TO_BE_REPLACED 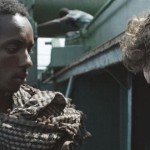 Spoiler Scale (How spoilery is this article on a scale of 1 to 10?):  3  To the average American viewer, there is a distinct sense of certain cold hard reality to modern Scandinavian films – even when the filmmakers are having a bit of fun (Rare Exports (2011), Headhunters (2012)).  A Hijacking – the first film by Danish writer/director Tobias Lindholm to receive a worldwide release – is ... END_OF_DOCUMENT_TOKEN_TO_BE_REPLACED