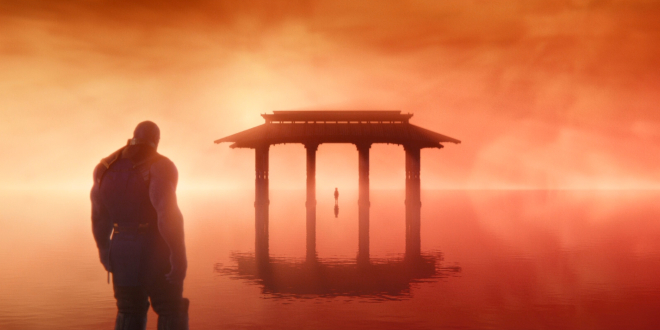 Posted by: Steven on January 6, 2019 in Other Stuff Leave a comment

10. Avengers: Infinity War.  I think that it bears mentioning that if you’re still inclined to judge these omnibus entries in the MCU universe primarily as standalone films (e.g., in need of “character development”), then the Avengers series is just not for you. That said, on re-watch, I would rank Avengers: Infinity War as the best MCU film to date, and more specifically, the best of what the MCU sets out to do in terms of episodic narrative.  Yeah, we still get CGI as dicey as the average MCU movie and the generic hordes of gargoyle fodder hogging up the screen in the final set piece (which is why I couldn’t give a grade higher than B+).  But in response to a few reviews I read confessing to re-watches, as well as several reviews of MCU films noting a general lack of compelling antagonists, I would credit the Russo brothers for shrewdly conceiving this table-setting first installment of what everybody knows will be a two-act finale as a self-contained hero’s journey: an epic – and at times, Campbellian – struggle against a rogues gallery of foes to save the galaxy (e.g., Star Wars (1977)), albeit with one subversive detail: the hero within this psychologically-pleasing storytelling structure is actually the villain.  And although the commercial ubiquity of the MCU itself inherently undermines the notion that the film’s cataclysmic ending will stick, I admit that I am left with a distinct sense that certainly some of it is going to stick; and within an ingratiating franchise that has suffered across the board from a lack of dramatic stakes, that’s enough for me. 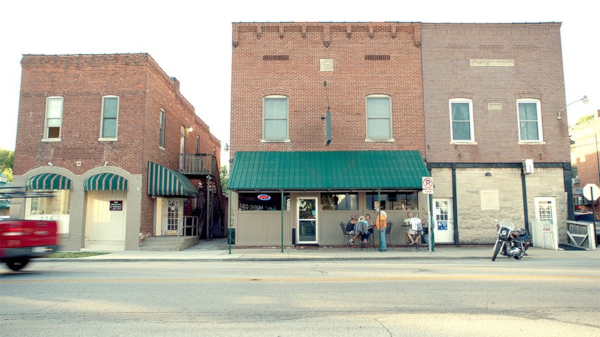 9. Monrovia, Indiana.  I am almost always late to the party, and as such, 2018 was the year that the work of Frederick Wiseman finally clicked with me.  At a Q&A following a screening of this documentary that I attended, the veteran director flippantly (and perhaps, coyly) dismissed a “question” from a sycophantic audience member, who seemed more interested in letting everybody else know how learned he was, as follows: “I really don’t know what the ‘The Wiseman Voice’ is.”  Indeed, Wiseman is so unobtrusive in compiling days in the lives of a red town citizenry that a viewer who has never been involved in making a documentary could easily be lulled into believing that there is little effort involved.  With a run-time of two and a half hours, I should have been really bored; but I wasn’t, in spite (or perhaps, because) of the fact that the T-word is uttered only once.  And amidst a year in cinema when exercises in “raising awareness” seemed to garner unmitigated praise among the critical elite, I would submit that this sober snapshot of humanity within the bubble to the Right may be the most essential viewing for those in the bubble to the Left.

8. First Man.  When I first heard about this project, I was skeptical that upstart director Damien Chazelle could maintain his winning streak.  Staying true to the source material (James R. Hanson’s biography, First Man: The Life of Neil Armstrong (2005)) was bound to be a chore for any filmmaker, as Armstrong comes across as one of the least emotive icons in American history.  With a subtle performance by Ryan Gosling, Chazelle manages to pull off yet another cinematic feat distinguishable from his last.  Although there seems to be a concerted effort to distinguish the visual storytelling here from the more dramatic and accessible Apollo 13 (1995) and The Right Stuff (1983), ultimately each of these stories demand a big payoff, and in this case, Chazelle and his right-hand man, composer Justin Hurwitz, earn that payoff like no other entry in the genre.  And of course, Claire Foy.

7.  Revenge.  Notwithstanding the positive reviews, writer/director Coralie Fargeat’s stylistically bold and accomplished feature debut suffered a fate that befalls many a summer genre film.  Perhaps it was the convenient “#MeToo thriller” label, applied repeatedly by fans and detractors alike, that kept it off the year-end top 10s and watchlists, undervaluing Fargeat’s forward-looking ambition.  But with her feminist riff on the most unlikely of tropes (rape-revenge), Fargeat did not jump on the #MeToo bandwagon, as that label suggests; she anticipated it, as shooting wrapped in March 2017 and the film premiered at the second largest film festival in the world (TIFF) in September 2017 – before the hashtag exploded onto the public consciousness with the Harvey Weinstein revelations.  And of course, Matilda Lutz.  (For those who have seen the film, see Revenge (2018): Coralie Fargeat’s Day of the Woman.) 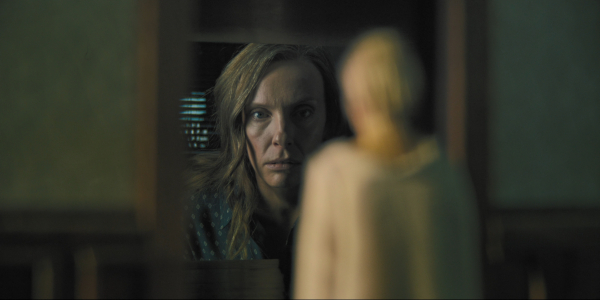 6. Hereditary.  As was the case with A24’s first big splash into horror (The Witch (2016)), writer/director Ari Aster’s Hereditary exhibits the most impressive level of craft of any of the three feature debuts on this list.  And when it comes to horror, I admit that I have much more of a tolerance for the inexplicable: what many critics considered to be flaws—from the dances between subgenres right up to the WTF endgame—I consider strengths.  With the popular genre fare still dominated by the James Wan formula, it’s refreshing to experience a film that consistently oozes dread in between the most shocking of moments.  And of course, Toni Collette.

5. Sorry to Bother You. Amidst the ideological purity and didacticism of the critically lauded BlackKklansman and The Hate U Give, writer/director Boots Riley’s feature debut stood out prominently in 2018.  Its reality is fluid.  Its characters are rife with contradiction.  It never takes itself too seriously.  It’s unapologetically messy.  And yet, in embracing a unique level of narrative and tonal complexity (as well as a distinctly economic angle to the woes of contemporary America), Riley’s conveyances resonated more strongly than those of any other narrative film that attempted socio-political critique.  And of course, Lakeith Stanfield.

4. Roma.  If the cinematic love letter is a thing, then director Alfonso Cuarón’s fictionalized ode to his live-in childhood housekeeper, set in Mexico City circa 1971, must surely be considered a masterpiece of the genre.  I saw the black and white promotional stills (warning: nostalgia ahead) and I heard that Cuarón ended up having to operate the camera himself, so what I was expecting was an austere indie; but what I got was nothing less than a work of art.  Cuarón’s cinematography is so meticulous; his command of visual metaphor, so perfectly pitched; and his sense of the absurd, so welcome.  To be sure, this film does not need two hours and 23 minutes to accomplish its objectives, especially if it’s primary mode of distribution will be Netflix subscribers’ living rooms.  But thanks in large part to the heavy lifting of a nonprofessional actor (Yaritza Aparicio) that actually lives up to the hype (cf. The Rider), Roma’s penultimate scene ended up being the most emotional moment I’ve had in the cinema in years.  And putting down $11 to experience this on the big screen is easily the best purchase I made in 2018. 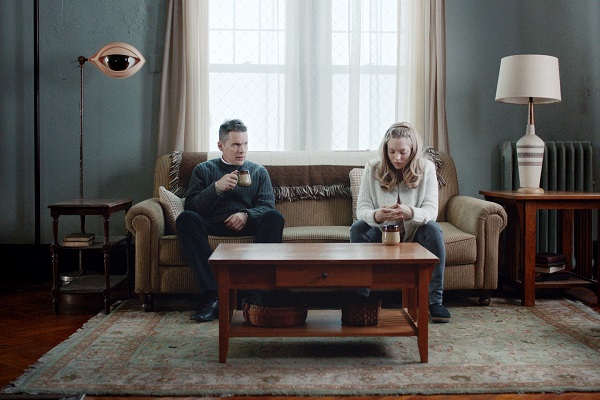 3. First Reformed.  No matter how inclined a viewer is to peel away the layers (with environmentalism, and Christianity’s blind eye thereto, being the most superficial and transparent), one cannot deny the fundamental nature of Paul Schrader’s First Reformed as an introspective narrative about introspective narrative.  And in this respect, I don’t think I’ve witnessed a filmmaker struggling so broadly and deeply with his own contradictions—with his own hope and despair—in quite a while.  Nor have I struggled so much with a film in quite a while – not because I’m a human being who needs to believe in a god, but because I’m a human being who needs to believe in humanity.  Ignore the filmspotters’ burdensome comparisons to Bresson and Bergman; this Ozu-like re-riff on Schrader’s own Travis Bickle (Taxi Driver (1976)) is best considered, I believe, as a product of its time – a very personal contrast to the very political post mortems of so many of Schrader’s contemporaries (cf. The Post (2017)).  And of course, Ethan Hawke.

2. You Were Never Really Here.  If I was asked for one takeaway characterizing the year in cinema, I would say that 2018 was the year that women staked out new ground with some of the boldest and freshest genre films in years (e.g., writer/director Coralie Fargeat’s debut, Revenge, and writer Gillian Flynn’s adaptation of Widows).  In this instance, Lynne Ramsay—a cinematic force of nature unto herself whose features seem to drop like one of the storms we see only once a decade—adapts novelist Jonathan Aimes’ vigilante tale about a boy and his hammer.  Setting aside Jonny Greenwood’s score and the rest of the soundscape, the real magic here seems to spring from the sublime synergy between Ramsay and the always enigmatic Joaquin Phoenix (Ramsay posted Phoenix’s picture up as her screensaver when she was casting) – indeed, from their previous work, it’s hard to tell who’s hitting who’s sweet spot.  And regardless of whether You Were Never Really Here could best be classified as genre or anti-genre, as with all of Ramsay’s work, repeated viewings are bound to continue reaping rewards. 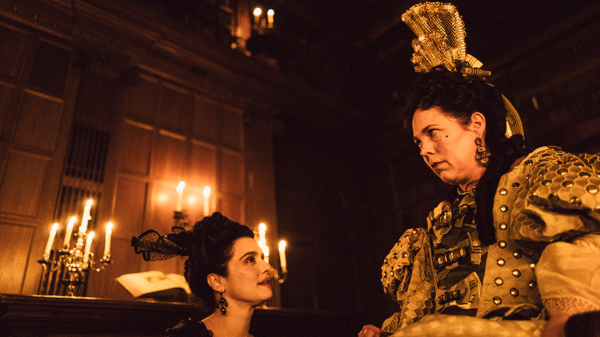 1. The Favourite.  The Favourite is not my favorite film by director Yorgos Lanthimos, but it is my favorite film of the year.  With this anti-biopic virtually devoid of box-ticking when it comes to portraying the reign of Queen Anne (1702-1707), the interests of writers Deborah David and Tony McNamara appear to be primarily sociological, as Lanthimos periodically reminds us with a fishbowl point of view.  In rendering the machinations of two ladies of the court (Rachel Weisz, Emma Stone) vying for the favor of the Queen, this sort of period piece—like many of the films in Lanthimos’ oeuvre—could easily have devolved into pure black comedy; but with the ambitions of its characters tempered by subtler shades of melancholy and vulnerability, we end up getting so much more.  And of course, Olivia Colman.

Expressing an appreciation (or lack thereof) for all sorts of films for over 25 years.
Previous: Revenge (2018): Coralie Fargeat’s Day of the Woman
Next: She Said: Top 10 Films of 2018