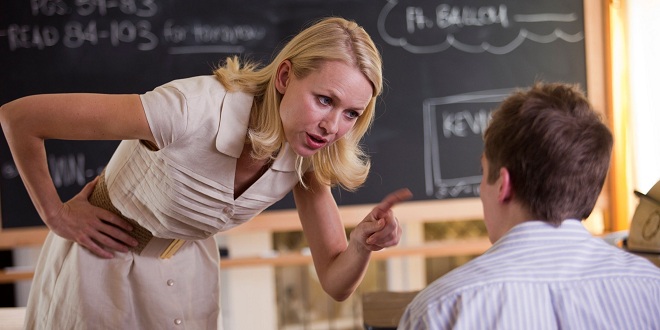 “What is Movie 43?” is more than a tagline born out of marketing desperation.  Very few people have heard of Movie 43, and yet no other movie released in 2013 has as many A-list stars and familiar character actors in this anthology of 14 below-the-belt comedy shorts (fit for a red-band trailer).  (Among the actors featured are Hugh Jackman, Kate Winslet, Anna Faris, Chris Pratt, Richard Gere, Kate Bosworth, Uma Thurman, Emma Stone, Chloe Grace-Moretz, and on and on and on.)  But as a recent duo of holiday-themed movies suggest, heaping on ridiculous amounts of talent does not translate into a good film.

Comedy is perhaps the most subjective categories of entertainment.  Movies are no exception, and perhaps this is one reason why pure comedies rarely generate award nominations.  In my own opinion, an individual’s sense of humor is some product of both nature and nuture, and a group of ten individuals from varying backgrounds will rarely agree on what is funny.  As they say, there is no accounting for taste, although reviewers (try to) do so.  (Perhaps for this reason, Movie 43 was not screened for the press in my city.)

As such, I feel obliged to disclose that my sense of humor is pretty broad.  Just about anything is fair game, and perhaps my only sacred cow is the torture of animals.  And I am pretty unapologetic about that – as far as I am concerned, political correctness always represses, while humor and laughter defuses and deflates.  So I am an unabashed fan of Family Guy – poop, 9/11, an elderly man with a penchant for teenage boys can be very funny in large part because we are not supposed to laugh at these things.  But I also appreciate some depth to any humor – e.g., poop is much funnier if it is part of a satirical bit as opposed to just a chocolate bar floating in a swimming pool.

All that said, the humor in Movie 43 runs quite broad, but not so deep.  Despite the novelty of having Oscar winners do some pretty nasty things and deliver the seriously raunchy dialogue – and the fun most of them seem to have doing it, most of the segments were forgettable.  One of the first skits featuring Liev Schreiber, Naomi Watts, and Jeremy Allen White as their teenage son manages to poke fun at homeschooling and the popular criticisms of homeschooling all at once and is one of the funniest 10-minute pieces of celluloid I have seen in the past few years.  (Watts is particularly multi-faceted.)  And if you are inclined to stick it out for the whole film, then be sure to stay after the credits for the final segment featuring Josh Duhamel, Elizabeth Banks, and an animated cat (Beezel) that makes Fritz look like Sylvester.

There are historical precedents for this type of anthology comedy that is very loosely based on a single theme.  (Here, the film opens on the Hollywood sign, as the unsticky narrative glue is a pitch of each skit by a down-and-out writer/actor (Dennis Quaid) to a reluctant studio executive (Greg Kinnear).)  If you grew up watching HBO late at night in the early 1980s, you might be familiar with Woody Allen’s riff on a popular book in Everything You Wanted to Know About Sex* (*But Were Afraid to Ask) (1972), the satire of television culture in The Groove Tube (1974), the parodies of popular film in Kentucky Fried Movie (1977), and my own personal favorite among this subgenre, Monty Python’s The Meaning of Life (1983).  In this regard, Movie 43 is most closely akin to Amazon Women on the Moon (1987) with its curious mix of directors and then A-listers.  (Griffin Dunne appeared in Amazon Women on the Moon and directs one of the segments in Movie 43.)  All of these films were irreverent, all earned hard R-ratings, and none were particularly successful – critically or commercially.  The anthology comedy gradually disappeared as other subgenres took hold – namely, the genre-based parody (e.g., Airplane! (1980), A Haunted House (2013)) and the extended Saturday Night Live skit (e.g., The Blues Brothers (1980), MacGruber (2010)).  While most films in the latter subgenres can rarely maintain a viewer’s interest for a 90-minute runtime, the segmented structure of an anthology comedy has the advantage of hedging its creative bets – if one bit is lame, all the viewer has to do is endure the five or ten minutes until the next one.

Nonetheless, the anthology comedy is not immune to the short expiration date that often accompanies parody – the more on-the-nose the target, the sooner the film starts to feel like an artifact.  How many viewers under 40 would understand what a skit like “Koko the Clown” (The Groove Tube) was spoofing?   Likewise, any humor in Movie 43 segments such as “iBabe” will likely be lost within a decade.

But in this moment, if your sense of humor is broad enough, Movie 43 offers at least a few guilty pleasures.  On second thought, you will probably be able to watch “Homeschooled” and “Beezel” on YouTube – actually, make that Metacafe – soon enough.