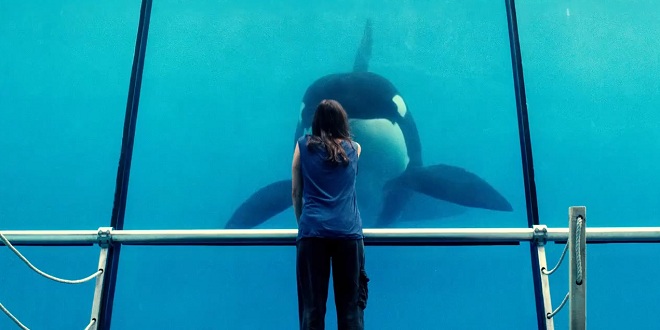 Posted by: Steven on January 19, 2013 in Movie Reviews Leave a comment

At its core, Rust and Bone – the sixth feature film by writer/director Jacques Audiard (A Prophet (2010)) –  is a love story stripped of the romance and a melodrama steeped in reality.  True to the nature of love as a product of what each party brings to the table, the film often turns its focus to the separate lives of the individuals – an aspect that ultimately proves to be both a strength and a weakness.

Alain (Matthias Schoenaerts) has recently moved to the south of France with his young son, Sam, whose mother (we are told) had been using him as a drug-mule.  His passion is fighting (in and out of the ring), but he also has to take odd jobs to pay his share of the bills – first as a bouncer, which is how he first crosses paths Stéphanie (Marion Cotillard) at a club.  Alain is a man-child in his late 20s – he likes recreational sex, he lacks the ability to cope with emotional strife, and he does not have much experience with being a father.  In their first encounter, all that we know about Stéphanie is that she is probably stepping out on her live-in boyfriend, who seems to have control issues.  Shortly into the film, she has an on-the-job accident as a trainer of Orcas (killer whales), which causes her to lose her legs just below the knees and turns her life upside down.  Over the course of the film, the relationship between Alain and Stéphanie progresses and regresses along a trajectory not normally seen in popular movies.  Neither character is perfect, but both characters are painted with such subtle shades of truth that the viewer cannot help but feel a strong sense of empathy.

Audiard originally sought to cast a nonprofessional actor in the role of Alain, but upon seeing Bullhead (a Belgian film released in 2012 in the U.S.), he specifically asked Schoenaerts to audition – a move that proved to be spot on.  And perhaps now we can understand why Cotillard seemed to be phoning in her performance in The Dark Knight Rises (2012) – while shooting both films at the same time, this is the role to which her passion was clearly devoted.

Adapted from a collection of short stories by Canadian author Craig Davidson, Audiard and co-screenwriter Thomas Bidegain found a thematic through-line and chose to intertwine two characters from two separate stories.  (See “How the Film Adaptation of Craig Davidson’s Rust and Bone Helped His Literary Career,” Quill & Quire (December 10, 2012).)   One gets the distinct sense, in terms of character perspective, that this film is intended to be the story of Alain, the story of Stéphanie, and the story of Alain and Stéphanie.  Yet even at two hours, there seems to be something missing from Stéphanie’s story.  That said, Audiard’s ability to capture the nuance of Cotillard’s nonverbal performance (e.g., often from a profile, rather than a straight-ahead close-up) somewhat compensates for this lack of congruence in the narrative.

In fact, Audiard’s visual storytelling is often so compelling that if I must recommend one 2012 non-English language film to those viewers who are normally averse to subtitles, I would have to recommend Rust and Bone.