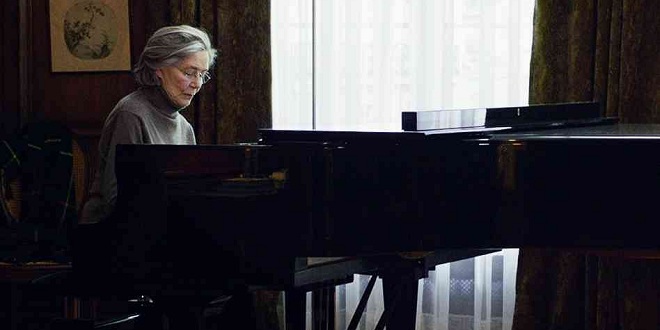 Writer/director Michael Haneke’s trademark is shining an often unflattering light on our sociological constructs.  In Funny Games (1997 & 2007) and Caché (2005), he poked and prodded at the family unit to see just how much it could take in the midst of survival instincts and guilt.  In his last film, The White Ribbon (2009), he gave us a cold, subtle, and vaguely menacing look into a village occupied by the children who would inevitably become Nazis.  Notwithstanding the difficult issues posed in each of these films, the central conceit of each narrative padded the viewer with a degree of emotional distance – either in terms of a specific historical context or a hypothetical artificiality (e.g., one day, a videotape, or something worse, shows up on the doorstep).

Although the issues in Amour are no less provocative, they may be more universal, timely, and close-to-home.  Rather than delving into the well-tread fodder of dysfunctional marriages and families, Haneke asks what happens when everything goes right in a marriage.  The spouses “grow old” together, of course.  But what does that really mean?

Georges (Jean-Louis Trintignant) and Anne (Emmanuelle Riva) are retired music teachers who live quietly and contently in an apartment in Paris.  At this stage in a long marriage, they spend all their time together.  They have a daughter, Eva (Isabelle Huppert), who lives in London and is focused on her relationship woes.  Anne’s mental and physical health begins to deteriorate, and Georges is left to care of her.  And so the marriage comes to an end against the will of the spouses.  How does the relationship change?  How does one spouse balance the need to be with the other with the promises made to the other?  What happens to one spouse when the other’s life becomes an exercise in pain and humiliation?  But in presenting these questions – more so than any of his prior films – Haneke evokes a deep sense of empathy without using an ounce of familial or religious sentimentality.  This is not On Golden Pond (1981).  This is pure humanity – for better or for worse.

In the midst of a pending Oscar nomination for Riva, it appears that she never seemed to get out from under the shadow of her feature film debut, Hiroshima mon amour (1959), the notable French New Wave film by director Alain Resnais which contemplates (among other things) the loss of memory.  But this bit of casting-as-artistic-expression would have been a bit more clever if it had not been done before, as Riva played the Alzheimer’s stricken mother of the main character in director Krzysztof Kieslowski’s Blue (1993).  Perhaps it is a mere coincidence, but Riva had not been cast in a feature film 26 years prior to Blue and has only been cast in four feature films since.

Oscar nominations aside, the real standout performance here comes from Trintignant, who takes on most of the heavy lifting (in more ways that one).  The key word here is authenticity.

If there is any weakness to Amour, it is the length – not just the film as a whole (which clocks in at just over two hours), but a number of individual scenes.  For many viewers, the overall effect of this Palm d’Or winner may devolve from challenging to exhausting.