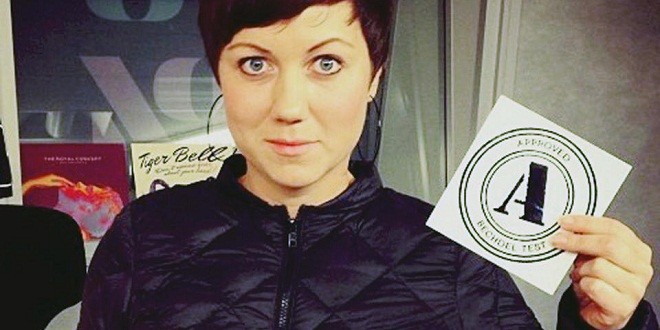 The Folly of the Bechdel Test Movie Rating

I just finished viewing The Heat, the most recent buddy-cop genre flick featuring Sandra Bullock and Melissa McCarthy.  And in light of the current buzz in the film community, I could not help but notice how The Heat is one of the supposedly few 2013 movies that pass the “Bechdel Test,” which has apparently become the proxy for detecting gender bias in film.  In case you have not heard, to pass the Bechdel Test,

a film must have two named female characters who talk to one another about something other than a man.

I can think of few films of the 6o or so 2013 releases I have seen so far this year that had so many conversations between two named female characters that were not about men.  And in The Heat, I learned the following from those determinative Bechdel-qualifying conversations:

Prior to a few weeks ago, the Bechdel Test was simply a reference point for discussions among cineastes.  But then a few well-meaning cinema elites in Sweden decided to take it further.  Notably, Ellen Tejle (shown above), the director of an independent cinema in Stockholm (Bio Rio), adopted a certification for films shown based on the test (“A” for “Bechdel Test Approved”).   According to her, the test is not intended adjudge the quality of a film, but to help see “more female stories and perspectives on cinema screens.”  (And why not?  I mean, it’s a lot less expensive than say, for example, contributing money to a scholarships for female film students.)  Individual cinema owners aside, events seem to be taking a disturbing turn as the Swedish Film Institute – a state funded entity – has voiced support for this new rating  (“Swedish cinemas take aim at gender bias with Bechdel test rating,” The Guardian, 11/6/2013).  And this exercise in suggesting what filmgoers should and should not be seeing now threatens to spread overseas (see, e.g., “Should Miami Theaters Adopt a Feminist Rating System?”, New Times blogs, 11/6/2013).

The Source of the Bechdel Test

At this point, you might be asking where the Bechdel Test came from.  With the seeming weight given by its supporters, you would think that “Bechdel” was a scholar who collectively studied how women are portrayed so disproportionately and inaccurately in film, including the particularly stereotypical manifestations in film that are most endemic.  However, you would be wrong.  Rather, the source of the Bechdel Test is this 1985 comic strip by Alison Bechdel.  Bechdel recently stated that she stole the original idea from a friend, who in turn stole the idea from Virgnia Woolf’s “A Room of One’s Own” (1925).  According to Bechdel, some film students first latched onto comic over the last decade before “the brave Swedish cinema consortium” approached her about using the Bechdel Test as a formal “seal of approval.”  Suffice to say, Bechdel proudly allowed her name to be attached:

“After all, the Test is about something I have dedicated my career to: the representation of women who are subjects and not objects.  And I’m glad mainstream culture is starting to catch up to where lesbian-feminism was 30 years ago.”

Of course, this characterization raises another questionable (and yet seemingly unquestioned) assumption about the Bechdel Test – albeit a natural one for Bechdel, whose most notable comic was entitled “Dykes to Watch Out For” – the point of view of a woman can only be conveyed in a conversation that is not about a man.  Put another way, are the interests of the lesbian community in the West – who are understandably portrayed in the comic strip as being annoyed by women always talking about men – really so perfectly aligned with the interests of genuine female narrative?

The Unavoidable Question of Efficacy: False Negatives and False Positives

Consider the most recent observation of Robbie Collin, Chief Film Critic for the Telegraph, who inspired this article and has chosen to buck the prevailing trend by asserting that the problem with the way female characters are portrayed in most films is far more complex and reducing the problem to an “A” rating based on the Bechdel Test is actually counterproductive to the problem (“Bechdel test is damaging to the way we thing about film” The Telergarph (11/15/2013).)  As one of several examples, Collin points to Fill the Void (2013), an Israeli film set in an Orthodox community:  “The entire picture is concerned with the finding of a suitable husband, but the female characters are detailed, complex and brilliantly written – and naturally, it fails.”  Why?  Because under the Bechdel version of a valid female perspective (with its own distinct sense of cultural bias), women do not talk about men.  (For an excellent review of Fill the Void, I recommend M. Tamminga’s A Journal of Film.)

On the other side of the coin, The Heat could not possibly be more stereotypical and yet passes the Bechdel Test in spades.  For those who are not irony-impaired (a malady that tends to invariably go hand-in-hand with extreme levels of political correctness), Sonny Bunch at the Washington Free Beacon has recently written about “Five Feminist Triumphs” in film that pass the Bechdel Test along with some “super-feminist” dialogue (e.g., Showgirls (1995), which has Bechdel-qualifying dialogue like “I’ve had dog food.”)  Whatever ad hominems Bechdel Test supporters might offer in reply, Bunch is 100% correct under the objective standard set forth by the Bechdel seal of approval, and intellectually honest cinephiles know good and well that these are not anomalies.

As to questions of the efficacy of the Bechdel Test, the response of Bechdel test rating supporters is exemplified by this comment (by “JessieXL”) to Collin’s post:

“The fact that so many films fail this very basic test is interesting. It isn’t designed to be a scientific measure but merely to highlight a problem which is easily overlooked when you are steeped in a culture which accepts secondary, passive roles for women as the norm.  Can we please have more films and games with decent female characters, rather than ones which satisfy the usual boring tropes?”

How exactly is the wrong mentioned in the last sentence addressed by the “highlighting” function of the Bechdel Test?  Being “interesting” is one thing; but effectively dividing all films into two categories at the point of consumption is quite another.

The party line states that the intent of the Bechdel Test rating is to promote discussion and raise awareness.  To be sure, an article or book that compiles a broad-based selection of popular films released in a certain time period (and no, the database over by the thought police over at bechdeltest.com does not qualify) would promote discussion and raise awareness.  It would raise relevant questions like what it means for a film to represent a “female stor[y]” (as Tejle herself put it) and what particular elements, if any, actually tend to produce films that convey a female perspective.  But the formal adoption of a literal stamp of approval placed on a particular movie poster at a cinema is a conclusion, an absolute, and a means of measurement that ends a discussion.  By its nature, this explicit rating is a judgment that has the express and intended effect of encouraging certain viewers looking for films that genuinely reflect a uniquely female perspective to pay money to see The Heat rather than Fill the Void.  And frankly, that’s not a mere imperfection – that’s just plain wrong.

So what’s the harm in having a Bechdel Test rating?  None, if every filmgoer who shows up at the participating cinema knows what the Bechdel Test actually measures, and most importantly, does not measure.  (Contrast the “A-for-approved” Bechdel test stamp of approval with MPAA ratings, which actually list reasons why a film is granted a “PG”, “PG-13”, or “R” rating.)   I have little confidence that will be the case.

But I am hopeful.  The internet is an unforgiving source of information fueled by people who have a lot of time on their hands.  I predict that, sooner or later, it will become woefully apparent that Tejle and company failed to meet the burden of proof necessary to reach the conclusion that their objective test explicitly or implicitly accomplishes what it purports to – at least for the many who do not subscribe to such a narrow view of what constitutes a legitimate female perspective.

Expressing an appreciation (or lack thereof) for all sorts of films for over 25 years.
Previous: Thor: The Dark World (2013)
Next: Revisiting Rashomon (1950): Deception and the Relativity of Truth