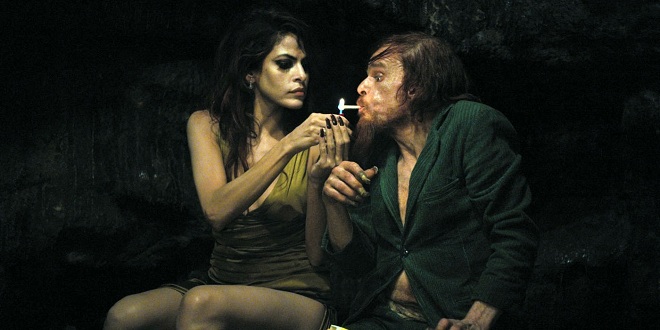 Posted by: Steven on January 26, 2013 in Other Stuff Leave a comment

10.  Holy Motors (written and directed by Leos Carax, and starring Denis Lavant, Edith Scob, Kylie Minogue, and Eva Mendes).  At the outset, I feel obliged to say that this top 10 list tends to reward ambition more than it probably should.  In this respect, Holy Motors generally defies comparison to any other film released this year.  Director Carax follows “working actor” Lavant through a single day consisting of nine joyous, manic, poignant, and surreal performances throughout city of Paris.  That said, the plot points are not as compelling as the film’s individual moments.  And if you are a fan of the art of acting, you simply must see this film.  But even if French art films are not your thing, then at very least treat yourself to my submission for the best movie intermission ever. 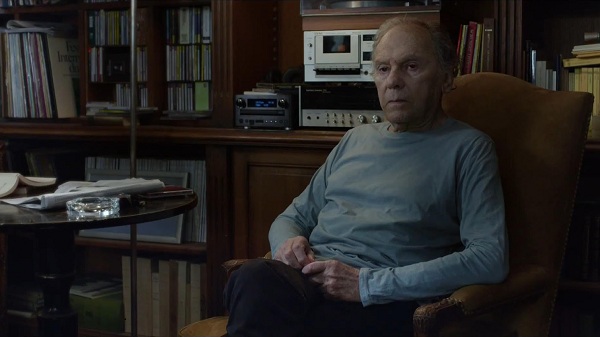 9.  Amour (written and directed by Michael Haneke, and starring Jean-Louis Trintignant, Emmanuelle Rive, and Isabelle Huppert).  As the most difficult (if not exhausting) film on this list, Amour is the least likely to garner repeat viewings.  Nonetheless, as an exercise in empathy and an honest contemplation of what “until death do us part” really means, this French-language film is no less essential viewing.  (For those who are catching up on their Oscar nominees this month, I recommend Silver Linings Playbook as an emotional palette-cleanserto Amour.)  (To read my original review, click here.) 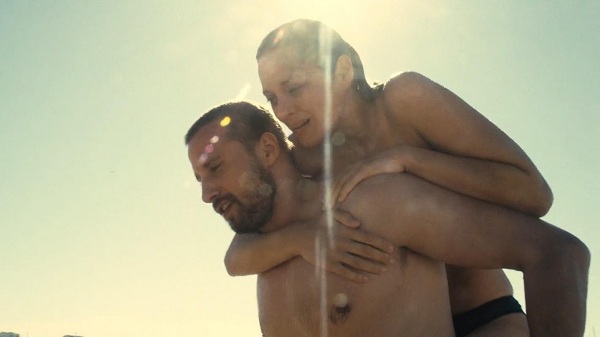 8.  Rust and Bone (adapted for the screen by Jacques Audiard and Thomas Bidegain, directed by Jacques Audiard, and starring Matthias Schoenaerts and Marion Cotillard).  One of the primary reasons that I look forward to seeing foreign films is that the filmmakers seem more free to imbue their characters with a richness that we do not normally see in standard Hollywood fare.  As a love story stripped of any conventional romance and a melodrama planted firmly in a blue-collar reality, Rust and Bone exhibits some of the best cinematography and performances of any film released this year.  (To read my original review, click here.) 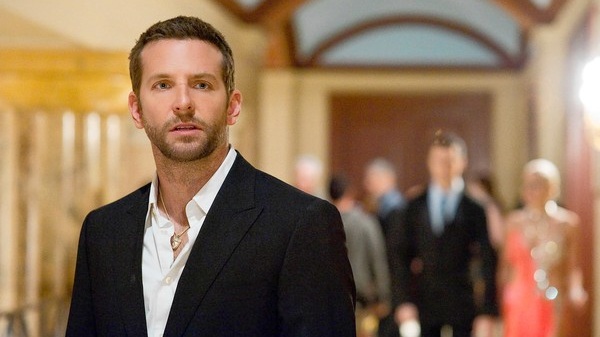 7.  Silver Linings Playbook (adapted for the screen and directed by David O. Russell, starring Bradley Cooper, Jennifer Lawrence, Robert De Niro, and Jacki Weaver).  As a curious mix of very traditional Hollywood tropes and some very non-traditional characterizations, Silver Linings Playbook is certainly not a perfect movie.  (What the narrative has to say about the nature of bipolar disorder and the efficacy of its treatment should probably not be analyzed too closely.)  That said, I am hard pressed to recommend a more watchable film that was released in 2012.  Over the years, Russell has demonstrated a real knack for drawing out wonderful performances, and here, Lawrence really shines.  The rest of the cast is not too shabby either.  (To read my original review, click here.) 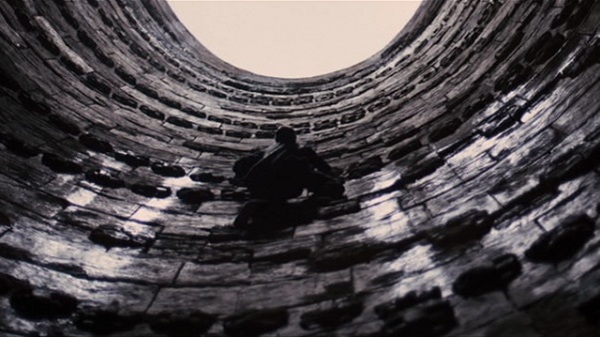 6.  The Dark Knight Rises (written by Jonathan and Christopher Nolan, directed by Christopher Nolan, and starring Christian Bale, Anne Hathaway, Tom Hardy, Joseph Gordon-Levitt, Gary Oldman, Michael Caine, Morgan Freeman, and Marion Cotillard).  With a prologue that out-Bonds Skyfall and fight scenes that make The Avengers look like a cartoon, Nolan and company sent the best superhero franchise ever put to celluloid out with a bang.  Three elements serve to make this third installment work more like Return of the King (2003) and less like Return of the Jedi (1983):  (1) an audaciously ambitious script that brims with plot and yet rewards the audience with one of the most emotionally gratifying endings of any film this year; (2) an unprecedented cast with the gravitas to pull it all off (sans one particularly awful death scene); and (3) an unapologetically powerful musical score courtesy of Hans Zimmer.  (To read my take on Christopher Nolan’s Dark Knight trilogy, click here.) 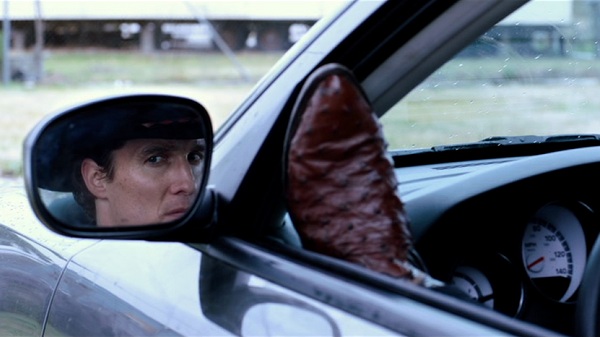 5.  Killer Joe (written by Tracy Letts, directed by William Friedkin, and starring Matthew McConaughey, Emile Hirsch, Juno Temple, Gina Gershon, and Thomas Haden Church).  Filmmakers should challenge the viewer, although they simultaneously help/hurt their cause when they choose to wrap it all up in a prurient little package.  (Note the NC-17 rating.)  Penned by a Pulitzer-prize winning playwright, there is something more to this particular package than the now infamous drumstick scene – including the McConaughey performance of 2012 that everybody should be talking about (as opposed to Magic Mike).   (To read my essay, “Killer Joe and All of the Places You May Not Want to Go,” click here.) 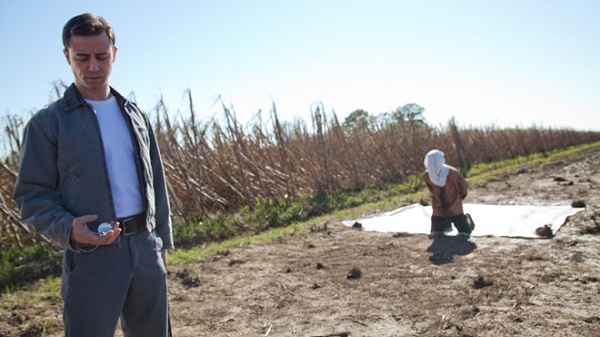 4.  Looper (written and directed by Rian Johnson, and starring Joseph Gordon-Levitt, Bruce Willis, and Emily Blunt).  Indie film darling Johnson (Brick (2005), The Brothers Bloom (2009)) places one foot firmly in mainstream sci-fi to create one of the most compelling time travel movies I have ever seen.  Drive toward 12 Monkeys (1995), get off at the exit for Witness (1985), take a left at Casablanca (1942), and you would be in the right neighborhood.  Beyond that, the less that is said about this film, the better.  (To read my original review, click here.) 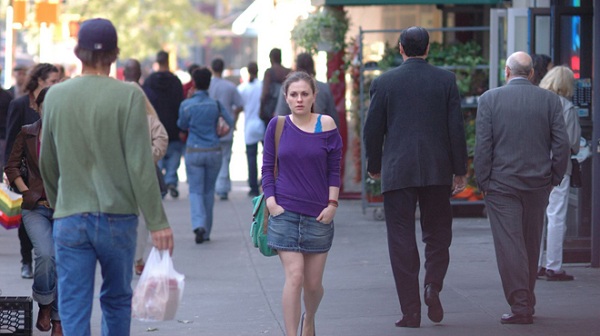 3.  Margaret [Extended Cut] (written and directed by Kenneth Lonergan, and starring Anna Paquin, J. Smith-Cameron, Olivia Thilby, Mark Ruffalo, Matt Damon, Jean Reno, Kieran Culkin, Allison Janney).  In Margaret, a narrative that might otherwise be an unremarkable entry in the coming-of-age genre is turned into a mournful contemplation for adults.  Writer/director Lonergan pulls no punches with this curiously episodic and refreshingly unflattering portrayal of a middle class high school girl (Paquin) who is violently thrust into the adult world.  The extended cut – significantly different from the theatrical version – was released in 2012, and I encourage you to seek out and find the bonus DVD included with the Blu Ray package.  (To read my essay, “An Appreciation of Kenneth Lonergan’s Margaret,” click here.) 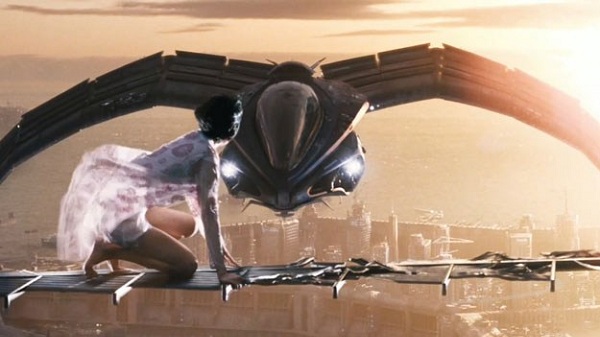 2.  Cloud Atlas (adapted for the screen and directed by Andy Wachowski, Lana Wachowski, and Tom Tykwer, and starring Tom Hanks, Halle Berry, Jim Broadbent, Hugo Weaving, Jim Sturgess, Doona Bae, Ben Whishaw, James D’Arcy, Keith David, Susan Sarandon, and Hugh Grant).  Tykwer and the Wachowski siblings swing for the fences in taking on a novel that was widely considered unfilmable because of its six different interconnected narratives across six different time periods.  With 11 actors playing different roles of varying ages, races, and sexes, the visual transitions are so adept that the entire narration should have been left on the cutting room floor.  Notwithstanding those few intrusions of quasi-Taoist exposition, the end result is a beautiful – and beautifully constructed – ode to storytelling that rewards repeated viewings.  (To read my original review, click here.) 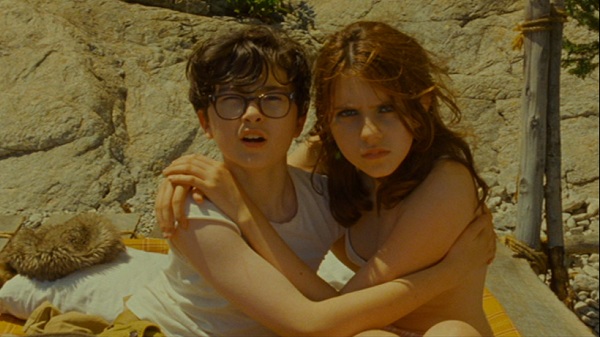 1.  Moonrise Kingdom (written by Wes Anderson and Roman Coppola, directed by Wes Anderson, and starring Jared Gilman, Kara Hayward, Bruce Willis, Edward Norton, Bill Murray, Frances McDormand, Tilda Swinton, Jason Schwartzman, and Bob Balaban).  For the non-believers, the snarky word-of-the-day to describe Moonrise Kingdom was “twee”.  For the rest of us, it was the cinematic equivalent of a ten dollar bar of dark chocolate, providing a warm sweetness tempered with just the right dash of bitter.  (To read the full review, “My Favorite Film of 2012: Moonrise Kingdom,” click here.)

Honorable Mentions:  I wanted this list to be more idiosyncratic, and the woefully underseen Polisse – an episodic docudrama about the Child Protection Unit of the Paris police – was booted off the list with the last 2012 film that I viewed.  (Yes, that would have been yet another popular French-language film.)  Still, 2012 was one of those years when I had to go to several B+ films to round out my top 10 list.  So I feel compelled to mention another B+ film (in my book) that is also one of the top-reviewed films of the year and was reportedly “snubbed” for an Oscar nomination – director Paul Thomas Anderson’s The Master.  To be sure, I would place Anderson’s There Will Be Blood (2007) and Boogie Nights (1997) in the top 10 list of their respective decades, I appreciate films centered on male pathos as much as the next guy, and I would be the first to admit that most really great films usually demand multiple viewings.  All that said, I emerged from a 70mm screening of The Master feeling pretty empty and free from any particular compulsion to intellectually bend over backwards to learn to love it (as some reviewers did).  Yes, the performances were good.  Yes, the cinematography was impeccable.  But what else makes me want to think about or revisit this film?  Not much, I’m sorry to say.  For me, The Master epitomizes a year in film that came with such high expectations – given the sheer number of intriguing releases by the best directors working today – only to be met with a lot of mild disappointments.  What I actually got in 2012 were a lot of good films that I hoped would be great films (e.g., Seven Psychopaths, Killing Them Softly, Prometheus, Lawless).  And when I compare the above list to my top 10 lists for each of the last 24 years, I have to conclude that 2012 was a pretty weak year for movies.

To see an alphabetical list of all of the films I viewed with non-festival U.S. release dates in 2012 and my two cents on each, click here.