Movie Reviews My Favorite Film of 2013: Her | Aflixionado 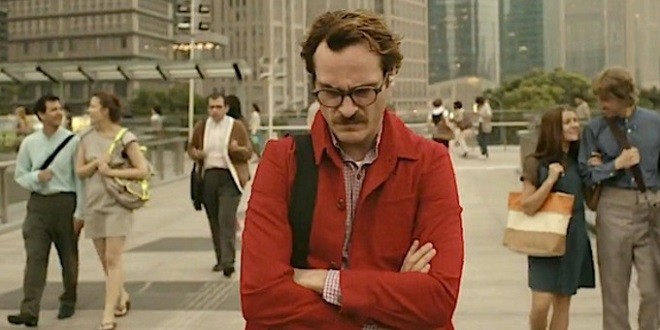 With his first two feature films (Being John Malkovich (1999), Adaptation (2002)) inextricably tied to the irrepressible writer Charlie Kaufman and his last feature built upon a beloved literary property (Where the Wild Things Are (2009)), Her represents the first wholly original work by Spike Jonze as both writer and director.  As it turns out, Jonze shines in building his own worlds.  Buttressed by the elegant efficiency of Jonze’s signature approach to visual storytelling (e.g., eschewing a flashback for a more effective series of two to four-second snippets), his latest film joins the very small pantheon of truly great science fiction/romance films (namely, Eternal Sunshine of the Spotless Mind (2004)).

Like many sci-fi films, at its surface, Her serves as a warning to its viewership:  Keep on moving in the same direction, and this is where you’ll end up.  In this respect, Jonze’s setting is particularly persuasive given its proximity to our own world.  For the most part, the gadgets and the technology are familiar. 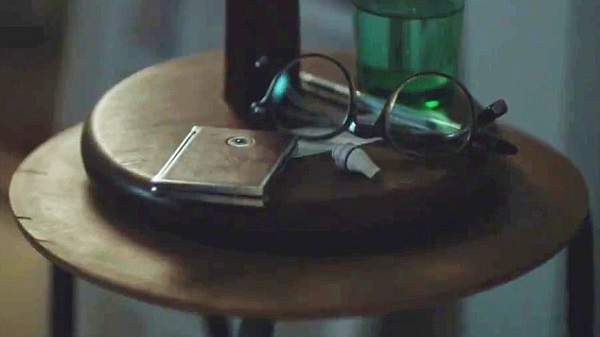 And although Jonze toys with the evolution of fashion (I mean, there is no inherent reason why we men shouldn’t be wearing our pants up higher or why mustaches need to be considered creepy), the changes are minor.  The architecture of the Jonze’s Los Angeles may be a bit higher and denser, but still resonates as contemporary modern sprawl. 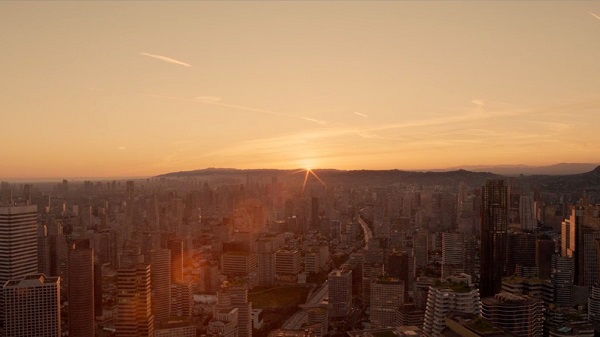 Suffice the say, this future is near.  And it’s not too far of a stretch to imagine being buried in our portable devices and completely oblivious to everybody else on the sidewalk or the train – at once, not interacting (directly person-to-person) and interacting (through the filters of technology).  Thus, beyond the more obvious psychology of the sex surrogate who appears later in the film (wholly unable to establish a relationship of her own), there are more subtle symptoms of the social deterioration at play.  For example, while Theodore (Joaquin Phoenix) can navigate a phone sex party line within seconds, the face-to-face conversation between Theodore and a “blind date” is rife with a distinct level of communicative ineptitude, and in this near future, imbibing social lubricant has apparently become a normal rite of romantic introduction.

But that’s only the first layer of Her.  In the most evocative sci-fi films (as with Westerns and other hard genres), the filmmakers use the opportunity to place characters in more extreme environments to shed a brighter, harsher light on our sense of humanity.  In this sense, the third person pronoun of the title suggests that Her is really about him (Theodore) – or more accurately, his relationships to the hers in his life.  In this case, the sci-fi device is the artificial intelligence acquired by Theodore – his IO or “Samantha” (voiced by Scarlett Johansson) – who is faceless and shapeless.  Perhaps Samantha is really a proxy for all women from his eyes.  In this regard, it is worth noting that Jonze is also contextualizing the examination of this primary relationship with interactions with nearly every female character type from the standpoint of the heterosexual male … 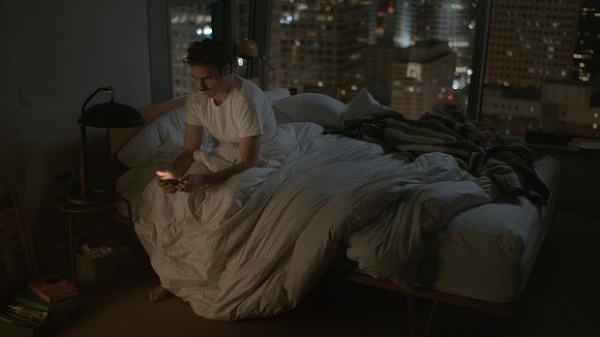 … the (barely a) hookup/masturbatory interchange (SexyKitty, voiced by Kristin Wiig), the escape from the to-be-or-not-to-be of an actual relationship (we would have to peel away another layer of the onion to explore why Theodore visualizes a pregnant supermodel during this sequence) … 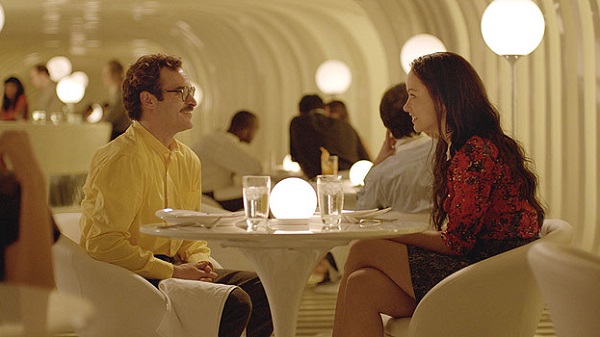 … the blind date (Olivia Wilde), the manifestation of his reluctance to go back to a traditional relationship … 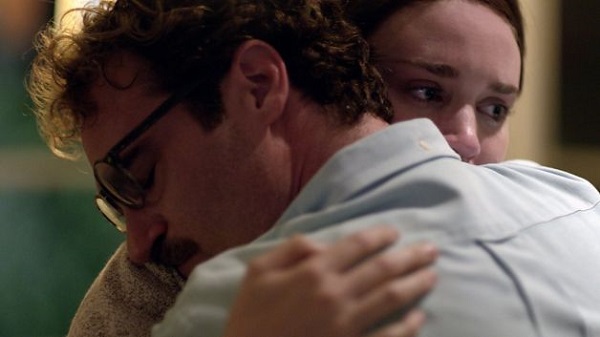 … the ex-wife, Catherine (Rooney Mara), with whom his problems have already manifested … 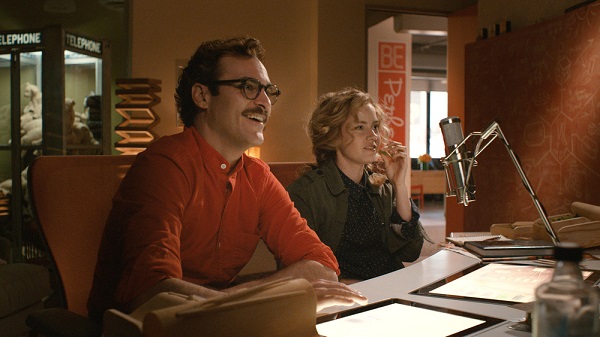 … and his “just friends” BFF, Amy (Amy Adams), with whom he shares his issues (in more ways than one). 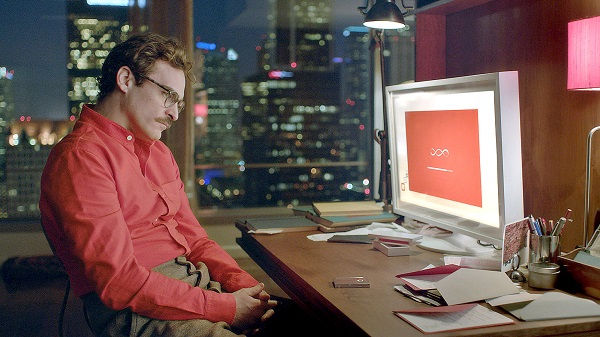 As such, it would make sense that Samantha – the primary object of Theodore’s romantic interest in the narrative – has a near infinite capacity for evolution.  In a way, we know heartbreak is coming about half way through the film.

The question that lingers the most is whether, and to what extent, Theodore’s problem is universal.  Ultimately, the world is too big for Samantha to stay in a traditional romantic relationship, or at least the kind the Theodore (and we) expect.  If one takes the enigmatic nature of her character as indicative of all women (or indeed, all of us), then one could interpret the film as an indictment of monogamy in general.  Certainly, his marriage suffered the same fate, but we are never privy to an objective assignment of fault (i.e., who changed, how he/she changed, who reacted to that change, etc.).  Amy, his platonic friend, is experiencing many of the same crises, although that aspect may only go so far as to explain why Theodore and Amy have remained long-time confidants.

And the questions are what drives the film – not any answers.  The last sequence in the film is really all we need to know.  Crestfallen from his breakup with Samantha, Theodore shows up at Amy’s apartment, and they proceed without discussion to the roof.  Immediately, we worry.  What are they doing on the roof?  What are they going to do?  But in the end, the message (such that it is) is simple, honest, incomplete, and yet above-all, hopeful.