Movie Reviews My Favorite Film of 2017: A Ghost Story | Aflixionado 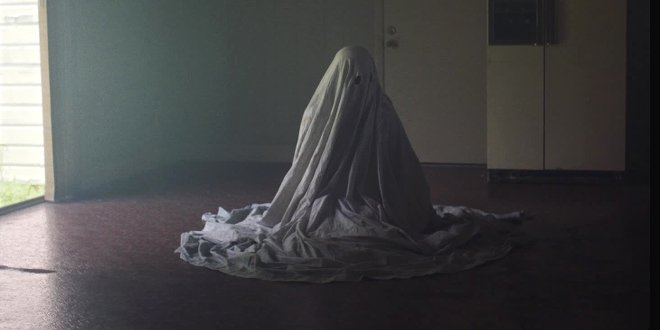 Posted by: Steven on January 14, 2018 in Film Essays Leave a comment

A trailer (allegedly) portraying an Oscar-winning actor covered in a white bed-sheet with eyeholes cut out; raves from the quirk-worshipping Sundance Film Festival set; a low budget; a glacial pace: this is not a recipe for my favorite film of the year.  Nor would I have expected my favorite film to be the third feature from writer/director David Lowery, whose first feature (Ain’t Them Bodies Saints (2013)) pegged him squarely “in the shadow of” Terrence Malick and whose second feature resurrected a Disney franchise (Pete’s Dragon (2016)).  But there we have it.

The title, A Ghost Story, is gratuitously apt – in so much as it is a story, it is the story of a haunting.  Notably, it begins not with an image, but with a sound – a woman (Rooney Mara, “C”) and a man (Casey Affleck, “M”) exchanging giggles.  “Why are you laughing?” he asks.  As an image of them snuggling on the couch emerges, she replies, “I don’t know, I’m so scared.”  “Why?”  “I don’t know,” still trying to contain her silliness.  “Don’t be scared,” he half-heartedly reassures. 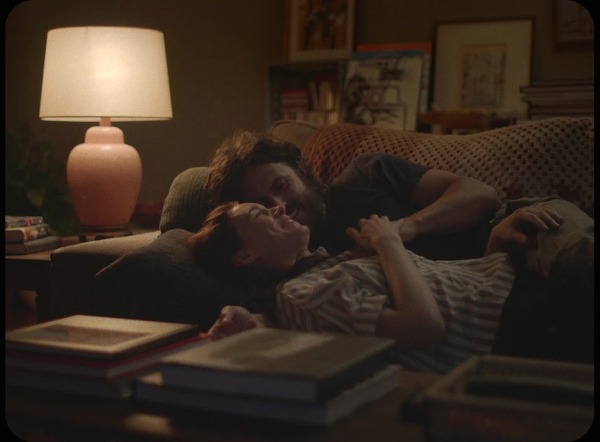 And that first image announces the film’s box-y 1.33 aspect ratio, which is not especially novel in contemporary filmmaking – particularly where a filmmaker seeks to evoke the past.  But whereas a director like Pablo Larrain used it to simulate era-appropriate television in No (2012),  Lowery goes one step further by rounding the corners to “vignetted edges” – a proscenium perspective bound to conjure up certain meta-memories in those of us who grew up before 1980.

A vaguely ominous score swells as that warm image fades into black and an intertitle quoting Virginia Woolf (“Whatever hour you woke the door was shutting”).   Now we hear C’s voice again, this time with a more solemn tenor, recalling how she would leave little notes behind within the nooks and crannies of each of the houses she lived in during her itinerant childhood.  We then see a faint dance of light over black, almost like a reflection from a sunny window pane.  C and M reappear in their same comfortable position.  “Did you ever go back?”  “Nope … Cause I didn’t need to.”  The image fades to black again, almost as if our view is alternating with M opening and closing his eyes.  And as their conversation wanes, there is another sound – the sound of scratching – which may very well escape the ears of the initial viewer.  They reappear again, with C’s head buried in M’s embrace and M’s gaze pointed up, almost as if he can hear the scratching.  And then that same faint light dances up the darkened wall of their room to the ceiling, morphing into an image of the northern lights, and as the score escalates again, into a positively Malickian image of the cosmos. 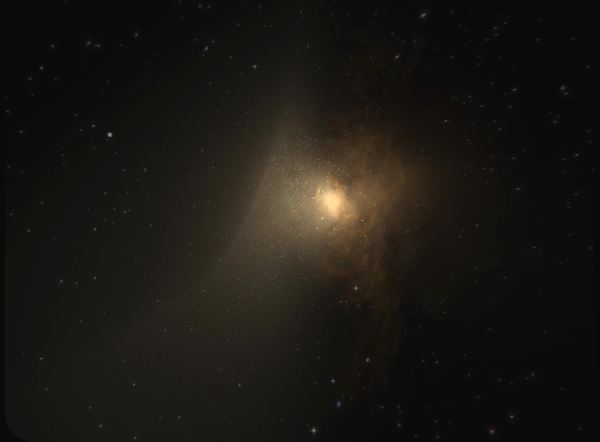 That initial 90 seconds sets the table in terms of theme and tones.  For the most part, the film is a simple, somber, and slow contemplation.  The two moments involving death are reduced to quiet aftermaths.  Affleck’s wondering spirit, who spends most of the runtime inhabiting a drab suburban home, exhibits an other-worldly restraint in term of movement (with one scene in particular consisting of a composite of Mara being shot at 24 frames per second with Affleck being shot at 33).  But there is also a distinct lack of self-seriousness that I find to be laboriously lacking in most of Malick’s work. 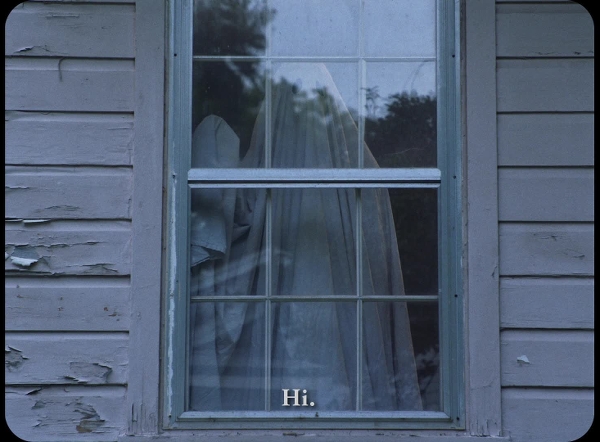 And about two thirds of the way through – about the time this whole proceeding might otherwise start to feel ponderous – Lowrey drops a raucous party into M’s otherwise placid haunt.  The scene commences with a wry moment, as M obliviously drifts by a guy performing a “spirit” induced card trick.  And amidst a din of predictable prattle, M zones in on the one character who seems the most out of place: the “Prognosticator,” played by Will Oldham (Kurt from Old Joy (2006)), who, balding and donning overalls, appears to be at least a decade older than the average attendees. 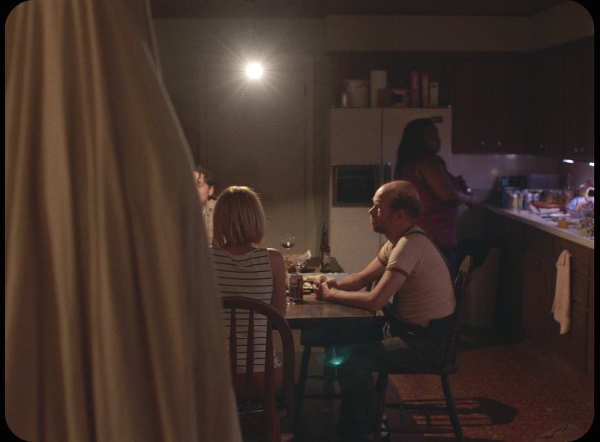 Like a hipster hillbilly seer (sans the southern accent), Oldham delivers a six-minute monologue starkly accounting for the futility of pursuing worldly immortality through children, science, art, etc.  As he prognosticates, Beethoven’s Ninth Symphony subtly builds in the soundscape – just about overcoming the diegetic pop music – only to be snuffed out by the drop of an empty beer can and the obliteration of every atom in this dimension.  Although the content of his prognostication is admirably agnostic, the ultimate purpose is less thematic (i.e., to wax philosophical to the audience) and more narrative: effectively, albeit not consciously, this character is there to ask M, “why are you still here?” – a question that M doesn’t seem to appreciate much.

But perhaps the real star of A Ghost Story is composer Daniel Hart.  Throughout the entire film, his contribution serves to counter balance – without necessarily betraying – Lowrey’s austere visuals and lighter tones.  And this film’s precious few resplendent moments – again, involving a man covered a bedsheet – simply wouldn’t work without what I submit is the best film score of 2017. 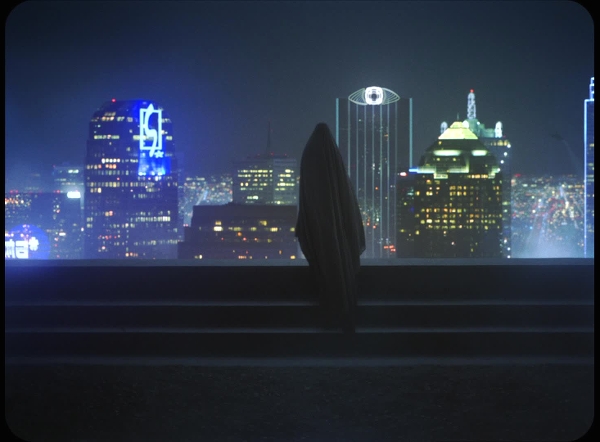 If Lowrey’s mission was sublimity and Hart’s elevation, then I would declare, without any hesitation, mission accomplished.

Expressing an appreciation (or lack thereof) for all sorts of films for over 25 years.
Previous: A (Self-Conscious, Self-Righteous) Appreciation of Get Out (2017)
Next: She Said: Top 10 Films of 2017