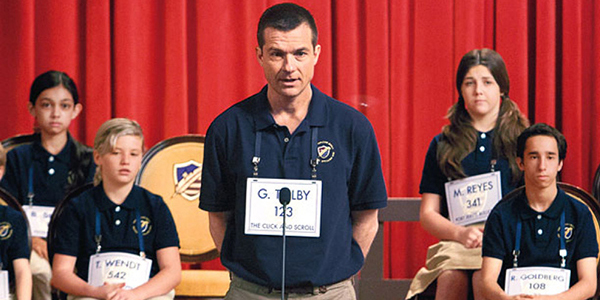 Posted by: Stacey on January 8, 2015 in Other Stuff Leave a comment

10. Bad Words.  Here’s a cheesy, distasteful, and seemingly thin premise: a 40 year old high school drop-out identifies a loophole that allows him to compete in a children’s spelling bee. But Jason Bateman, as Guy Trilby, pulls it off with unapologetic, politically incorrect snark even before the plot deepens to explain how (and why) in the world this is happening. Kathryn Hahn (who I originally thought was Ana Gasteyer) gives one of the most memorable comedic female performances of the year as Guy’s love interest, and Rohan Chand, as Guy’s young friend and competitor Chai, gives the movie (and Guy himself) heart. Every minute of Bad Words is enjoyable and well-executed – it deserves more love than it’s gotten. 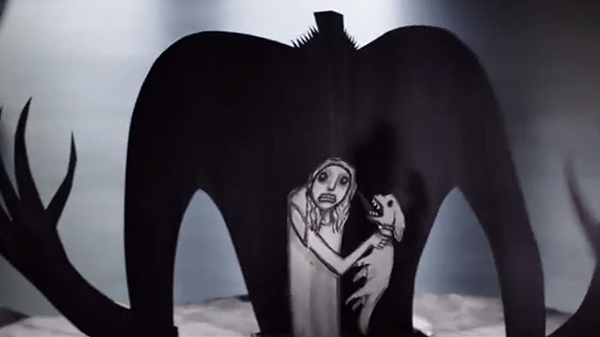 9. The Babadook.  The best horror films cast our own human frailties as the villain, and The Babadook is no exception. The film begins by introducing Amelia, a haggard widow (and the ostensible protagonist), and her son Noah, who has severe behavioral problems. Her husband was tragically killed in a car wreck the day she gave birth to Noah, and she is clearly struggling with the fallout. Noah, unusually obsessed with monsters, discovers the book Mister Babadook and unwittingly lets the shadowy, menacing character into their lives. From there, as the plot bends and winds, and the protagonist becomes ambiguous as she’s impacted by the monster, it appears that The Babadook is a metaphor for grief disguised as a horror movie. 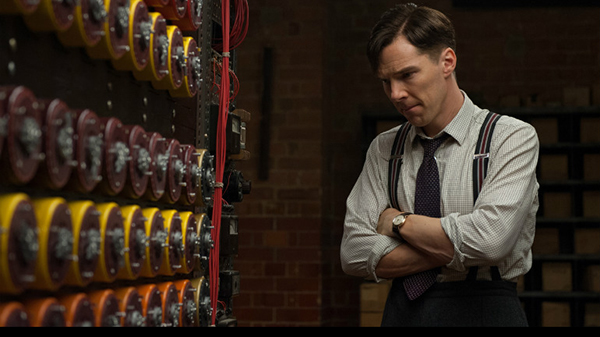 8. The Imitation Game.  Alan Turing was a gay, computer hero before it was cool. A socially awkward genius, Turing was selected as a member of the group tasked with decrypting Enigma, the machine that encoded German war messages during WWII. It was an almost impossible task, with 10 ^23 possible decryption permutations, and a new encryption key each day. Cumberbatch delivers a convincing performance – both triumphant and heartbreaking. I learned later that, while Enigma was the first machine to decrypt Enigma, it worked too slowly to win the war. Several versions of a faster machine referred to as the bombe were created by Britain and the US, including the Navy version built in my hometown of Dayton, Ohio by Joe Desch‘s team. The movie understandably left that part out. 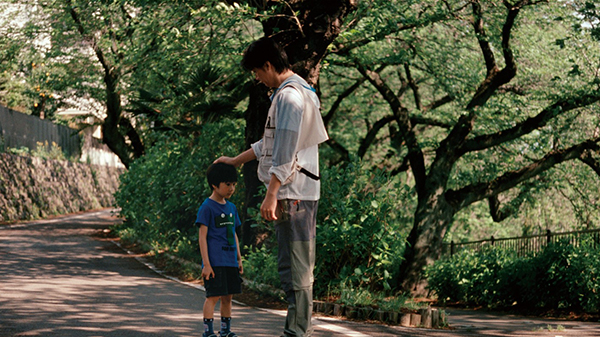 7. Like Father Like Son.  An incompetent hospital causes immeasurable discord when it reveals to two families that their six year old sons were switched at birth. The film explores the philosophical and logistical ground the families must navigates after receiving this news. What makes a child your own: nature, nurture … both? Should the children be switched back after spending their formative years with the wrong parents? Watching the exploration of these questions through the lens of suppressive Japanese culture adds an additional layer of interest for American viewers. Now, here’s the bad news: Dreamworks acquired the rights after Steven Spielberg took a liking to the film at Cannes, and a US remake is in the works. 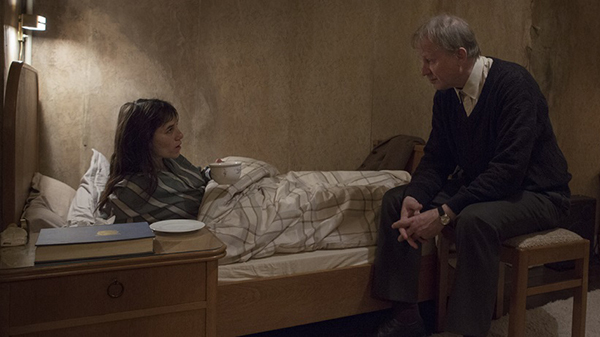 6. Nymphomaniac Volumes 1 & 2.  Nymphomaniac is the story of Joe (Charlotte Gainsbourg), a woman who believes her pursuit of “the sensation” has made her a bad person. She tells her story to Seligman, a seemingly kind man who takes her in after finding her wounded in the street. Gainsbourg’s affect is flat and monotone, but if you can deal with that for four hours, Nymphomaniac is an interesting, tragic, and often surprisingly funny character study, with an unexpected ending. I also recommend the director’s cut, which has one particularly brutal scene that was understandably cut from the theater version. 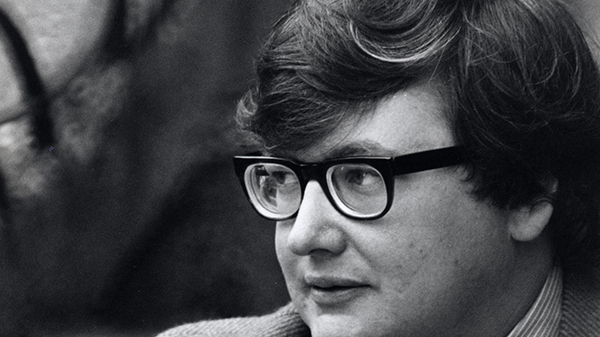 5. Life Itself.  Roger Ebert is one of two celebrities whose death made my heart hurt (the other: Steve Jobs). He was so accessible to his fans on social media and his blog in his final years, that he almost felt like a friend to those who followed him. But, for most of us, there was still much to learn from this documentary. The film covers Ebert’s journey – from childhood through his brutal battle with cancer – in a nonlinear fashion, favoring thematic cohesion to chronology. The director effectively captures the arc of Ebert’s complex character, leaving the audience awed, and some of us misty-eyed. 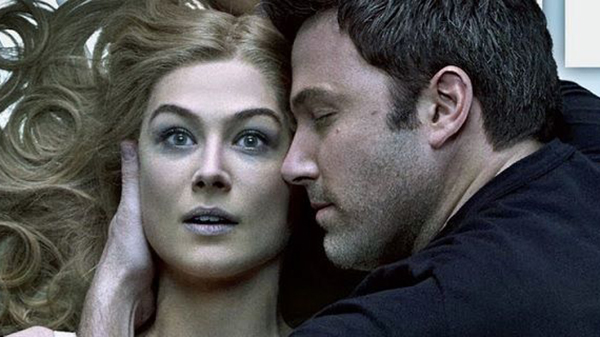 4. Gone Girl.  Amazing Amy Dunne is missing, feared to be dead, and her husband Nick is an unofficial suspect. The film begins by following Nick as he searches for Amy and insists that he’s innocent, but things really start to get interesting when we switch to Amy’s perspective halfway through. Gone Girl is a wild ride that’s equal parts sensational and brainy. Having discovered and devoured Gillian Flynn’s three books in 2013, Gone Girl was my most anticipated film of the year. I was extra optimistic after learning Flynn had written the screenplay. Walking out of the theater, I was overjoyed that the movie did the book justice. 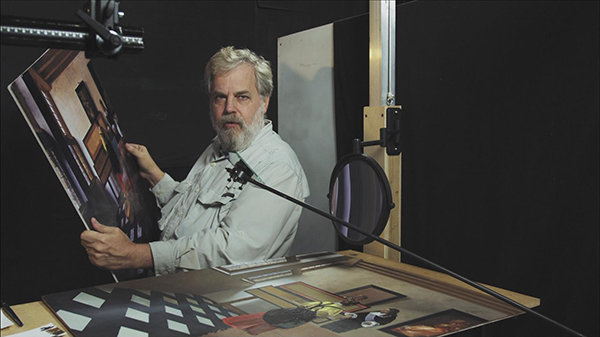 3. Tim’s Vermeer.  This documentary chronicles the efforts of engineer and art enthusiast Tim Jenison to prove his theory that Johannes Vermeer may have used mirrored projections to create his photo-like artwork. Tim’s background in computer graphics dovetails with his interest in art, and a nerdy obsession is born. In addition to the remarkable result Tim is able to produce using his technique, this film demonstrates Tim’s profound vision and focus, by which it’s hard not to be moved. 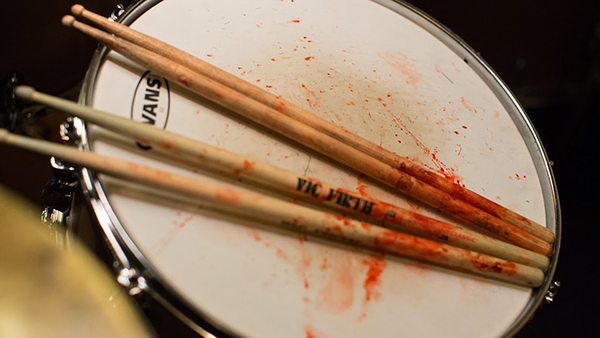 2. Whiplash.  Miles Teller delivers what must have been an exhausting performance as Andrew, a young jazz drummer whose dream is to become a legend. He’s recently been accepted into the top music school in the U.S., the Shaffer Conservatory, where he meets conductor Terence Fletcher (J.K. Simmons), who can make or break his career. Fletcher is an ego maniac bully who uses his position of power to be abusive to students, rationalizing his behavior with a philosophy that possesses a grain of truth. But Andrew is undeterred, convinced that his talent and dogged determination will win Fletcher over and ultimately earn him fame. The battle of these two formidable wills is compelling to watch. 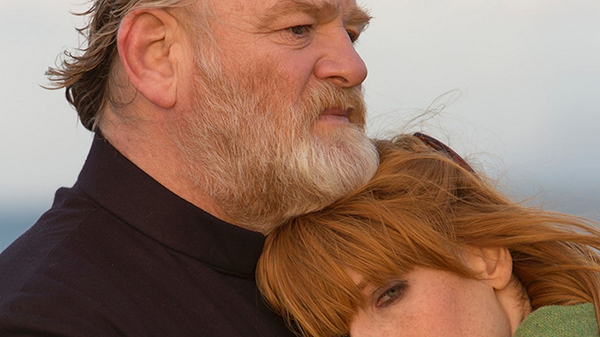 1. Calvary.  “I first tasted semen when I was seven years old” is the opening line of Calvary, said in a confessional by a man who experienced childhood sexual abuse at the hands of a priest. Father James (Brendan Gleeson) replies “That’s certainly a startling opening line”, in the first of many meta movie moments. The man then tells Father James that he’s going to murder him the following Sunday not because he’s done anything wrong, but precisely because hasn’t. The film chronicles each day between this conversation and Sunday, during which we meet the people in Father James life, including his daughter who has recently attempted suicide. Father James and his daughter deliver the message of the film in a memorable conversation before the final day, in which they agree that people focus too much on sins and not enough on virtues. And that the most important virtue is forgiveness.

Movies that made my “favorite” list, but that I couldn’t honor because it’s maniacally important I only choose ten movies:

Biggest spread between quality of the book vs. the movie: The Fault in Our Stars. As a hypochondriac, I hate all cancer stories, but this book was amazing. I never intended to read it – I flipped through it in B&N because I wanted to know if the book with which the main character is obsessed (An Imperial Affliction) actually exists (it doesn’t) and couldn’t remember the name. The first page sucked me in and I ended up buying it. Hazel is not your typical cancer protagonist, and The Fault in Our Stars is not your typical cancer story. The movie was ok, but I would never have bothered to pick up the book based on the film.

Worst book inexplicably made into an even worse movie: If I Stay. I gave this book 2.5 stars on Goodreads and didn’t bother with the sequel. Then I found out Chloe Grace Moretz played the lead in the movie, so I decided to Netflix it. Moretz is beautiful and does the best one can with the material, but good grief, this movie is painful to watch. I actually felt embarrassed, as Steven and I watched it, that it had been my idea to rent, and that I had read the book.

Most likable soundtrack: Frank. Frank searched far and wide for someone who shared his passion for likable music and, when he found Jon, he finally made the world’s most likable song: coca cola, lipstick, kiss me, kiss me! But my favorite is the peculiar, yet beautiful “I love you all” that he sings at the end. It perfectly captures Frank: both impenetrable and full of heart. “Put your arms around me, fiddly digits, itchy britches. I love you all”.

Most solipsistic: Wild. It was hard to like Wild when I had a hard time liking Cheryl Strayed. When you’ve done hurtful things to the most important people in your life, isn’t it best to focus on them, their feelings, and making things right with them? Not Cheryl Strayed. She takes a solitary sabbatical, hiking the Pacific Crest Trail (proof of her amazing-ness!), so she’ll have plenty of time to frame up her shitty life choices as “things she will never regret because they made her who she is today”. Well, as long as she’s ok…

Most Unpredictable Ending: The One I Love. I can’t say anything about this for obvious reasons.

Most Disappointing: The Congress. Maybe it’s because I was lucky enough to be a child when The Princess Bride came out, but I couldn’t wait to see Robin Wright as sort-of-herself in The Congress. And while it had a really promising first act, it devolved into a nebulous acid trip. Boo.

Most uncomfortable to watch, yet you should watch it: Visitors. Are you watching this movie or is it watching you?

I'm no film buff like Steven. My favorite movies before meeting Steven (which would reflect my taste independent of his influence) were Memento, The Game, Young Frankenstein, and the Princess Bride. The best movies I've discovered since meeting him include Mulholland Drive, Eternal Sunshine of the Spotless Mind, Synecdoche NY, A Serious Man, Inception, Black Swan, Melancholia, and many more that I'm not thinking of right now...
Previous: My Favorite Film of 2014: Whiplash
Next: He Said: Top 10 Films of 2014