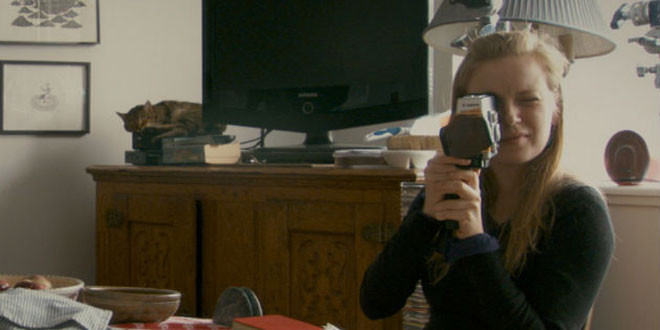 Based on the preview, I expected Sarah Polley’s documentary about her family to be cutesy and self-absorbed. The kitschy piano score, the purposefully low quality video, and the idea of Polley spending 108 minutes exposing her family’s salacious secrets kept my expectations low.

I was wrong. It was really, really good.

The preview reveals that the film chronicles Polley’s paternity inquiry and suggests that, in the process, she may cast her mom in an unflattering light – posthumously <cringe>. But somehow this film addresses the issues with both brutal honesty and gentle care for all involved.

Polley is democratic and transparent in her approach. The film has no agenda and Polley makes no effort to manipulate the narrative. She interviews every involved person who’s still alive – whether they were intimately or tangentially involved – and gives no particular weight to any version. Not all of the participants agree with this approach, but Polley trusts the audience to navigate the information she provides. And she reinforces that her work is raw and candid by not editing out pre-interview test shots and re-dos of her father’s voice overs.

Her family members are an extraordinarily thoughtful, articulate bunch. The film opens with a voice-over in which Polley’s father quotes Margaret Atwood, “When you’re in the middle of a story, it isn’t a story at all.” And goes on to explain how chaotic and confusing a story can be while you’re living it. It’s only afterward that you’re able to view it as a story that you tell yourself, or others.

I can’t share too much about the other honest, yet caring and truthful things that are said without getting spoilery, but I will mention that the younger of her sisters unselfishly puts herself in her mother’s shoes, and that her Dad shows a remarkable empathy and generosity of spirit. I came away from this loving her family just a little.

The big hole in the documentary is that Diane Polley’s voice is missing, as she died when Sarah was a child. This leaves many unanswered questions. This is no Rashomon – the interviews line up on what happened – but we don’t know why she made critical decisions, or  how she felt about those decisions or the people most closely involved. We don’t even know enough about her to guess how she’d feel about Sarah’s journey, discovery, or the aftermath.

For me, this didn’t detract from the movie. I lost my mom at the exact same age Polley did, and I sense in her the same curiosity that I have. She was too young to really know her mom, not as she would if she’d known her as an older child or as an adult. And I saw Polley trying to learn more about who her mom was by talking to those who knew her best, and trying to re-create her the best she could based on that information. To finally know her. And for me, that added poignancy.

Overall, I think Polley’s documentary is interesting and accessible because it’s not just about the story she’s telling. It’s about people, the choices they make, and the effect those decisions have on family and loved ones. It’s particularly worthwhile because of its unflinchingly raw, yet compassionate look at the human condition: the innocent, the betrayed, and those who made questionable choices. While decisions themselves may be judged as good or bad, there are no clear-cut good-guys or bad-guys in this film – just people with flaws (like most of us) doing their best to find happiness. Right or wrong.

BTW, be sure not to miss the bonus scene that plays after the credits roll.

I'm no film buff like Steven. My favorite movies before meeting Steven (which would reflect my taste independent of his influence) were Memento, The Game, Young Frankenstein, and the Princess Bride. The best movies I've discovered since meeting him include Mulholland Drive, Eternal Sunshine of the Spotless Mind, Synecdoche NY, A Serious Man, Inception, Black Swan, Melancholia, and many more that I'm not thinking of right now...
Previous: Before Midnight (2013)
Next: Man of Steel (2013): The All-American Jesus, Now More Than Ever … Unfortunately