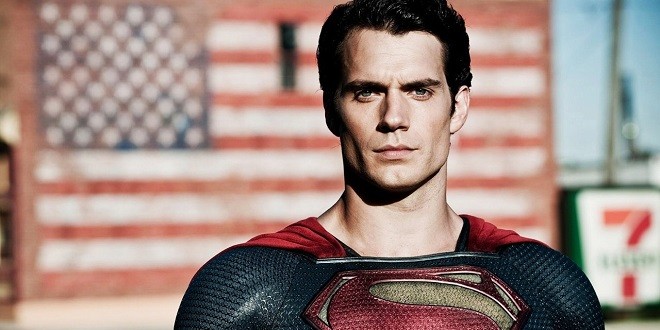 Man of Steel (2013): The All-American Jesus, Now More Than Ever … Unfortunately

Make no mistake, Man of Steel, the superhero formerly – and in some circles, still – known as “Superman,” is still the ultimate American Jesus.  There is nothing particularly spoilery about this observation.  This fact should have been obvious, I suppose, from the Terrence-Malick-does-Hallmark teaser trailer.  What is surprising is the degree to which the filmmakers have doubled down on the character’s specific historical appeal.

In the annals of comic book adaptations, director Richard Donner’s Superman (1978) stands as an unabashed classic.  Yet as Warner Bros./DC Comics learned the hard way (to the tune of a mere $120 million profit) that simply transmuting the 1970s-era Superman to the present with the re-sequel Superman Returns (2006) would not work.  They desperately needed a true reboot for the most popular comic book hero of all time.  During the making of the ultimate comic book reboot (The Dark Knight trilogy), screenwriter/story co-writer David Goyer supposedly pitched the Man of Steel idea to producer/story co-writer Christopher Nolan.  Director Snyder had recently adapted the relatively subversive Watchman (2009), which has earned a certain cult status.  The outlook for a different take on the Superman mythology was fairly positive.  Early buzz spoke of a “first contact” story.  But notwithstanding the rebranding, the muted colors, and a ridiculous number of hyper-action sequences, Kal-El/Clark Kent/Superman (Henry Cavill) is tied even more tightly to his traditional roots than any prior manifestation on film.

Instead of a virgin birth, Kal-El is the first natural born child of a genetically manufactured society.  And where his biblical counterpart made the ultimate sacrifice at the ripe old age of 33, we find the only son of Krypton emerging from his proverbial 40 days in the desert to make his messianic sacrifice.

Even this semi-emo’d manifestation of Superman gets his values from his small town ma and pa.  And his biggest enemy-turned-ally?  The U.S. military, of course.  The connection is so obvious that the suits decided to tie in the release of the film with shameless recruiting ads for the U.S. National Guard.  (So ads for the Army, Navy, Air Force, or Marines would have been over the top?)

One has to wonder about the timing of a film so devoted to such a pro-U.S./pro-Christian superhero.  As of the release date, fresh on the heels of revelations about the NSA, George Orwell’s ‘1984’ is surging into the bestseller lists.   On the other end of the political spectrum, one has to wonder how the most ardent of the flag-waving, evangelical Americans – most of whom do not believe in human causes to global warming – will respond to a narrative that predicates its origin story on mining a planet into oblivion.  And how will this film perform in the increasingly more significant overseas markets?

To be sure, Snyder and company faced certain disadvantages.  Unlike his only real competition in the popular comic culture (a human being with psychotic drive, high intelligence, and a big pocketbook), Superman is a character who suffers from the fundamental flaw of being flawless.  In the early comics, alien biology allowed Kal-El/Clark Kent to be particularly strong, invulnerable, fast, sensitive, and “able to leap tall buildings in a single bound.”  But about the same time the U.S.’s sense of importance (and self-importance) in the world began to inflate (circa 1940), so too did Superman’s powers – flying (with no apparent source of propulsion), enhanced intelligence and memory, hypnosis, X-ray and laser vision, and even artic breath.  His only vulnerabilities were meteorites from his home planet and – well, magic.  All of this was effective enough to promote the idea of American exceptionalism and feed the fantasy lives of 8 to 12 year-old boys, but in the process, the character became much less interesting.  That is, how does a storyteller convey stakes – a sense of danger – if the protagonist is a god?  And how is Superman supposed to “provide the people of Earth an idea to strive toward” – as his Krypton father (Russell Crowe) recommends in Man of Steel – when, unlike we lowly humans, Superman faces no real vulnerability?

As in Superman II (1980), Snyder and company do their best to address this problem by matching the Man of Steel up against his own kind – General Zod (Michael Shannon), the fallen angel of Krytpon, and his lethal sidekick, Faora-Ul (Antje Traue).  But Snyder and company cannot even draw these other-wordly villains without overt hat tips to fundamentalist Christian Americana.  From the political side, Zod’s sole intent is to re-establish a communist society – where each person is born to serve a single purpose for “the Greater Good”; from the religious side, as they duke it out in the streets of Smallville, Faora actually mocks Superman with the line “evolution always wins.”  (Did you hear that, Texas Board of Education?)

Conceivably, a filmmaker could recast the Superman myth as the story about the ultimate outsider, but the most psychological or philosophical depth to Man of Steel can be reduced to the comic moral-ism, with great power comes great responsibility.  (In other words, don’t pummel the school bully, Clark, and when the time comes, step up to the plate and do your duty to your count- … I mean, the Earth.)  Indeed, when Kal-El/Clark Kent faces his most difficult decision in the film, where does he go to seek advice?  Yep, the Smallville church.  After he laments his predicament, with a stained glass window of Jesus praying in the Garden of Gethsemanae just over his shoulder, a priest offers the following sage advice: “Sometimes you just have to take a leap of faith, and trust will follow.”  Amen.

In the world of Man of Steel, the superhero need not grapple with the reality that he himself might be part of the problem in contributing to the perpetuation of war (Iron Man (2008)) or that stopping a monster might mean becoming a monster (The Dark Knight (2008)).  In Man of Steel, Superman is – more than ever – built for an audience that sees the world as a series of simple dichotomies – right and wrong, black and white.  In the final analysis, the fundamental problem is not that Snyder and company aim to make Superman inspirational – it’s that they are directing the character to a very specific ideology.  And for us non-believers, the net result of a heavy-handed, narrow interpretation that comes across more like Meh of Steel.

That said, we live in an era of commercial filmmaking that values franchises more than individual films.  Warner Bros./DC Comics may be less arrant than Paramount/Marvel about peddling their next product (hint: you don’t have to wait for teasers after the credits here), but Snyder has planted Lexcorp and Wayne Enterprises logos for the fanboys.  Suffice to say, this origin story is just a taste.  As with Nolan’s Dark Knight trilogy, odds are that the most popular villain has been saved for the second film.  Let’s just hope they don’t reduce Lex Luthor to an overly ambitious real estate tycoon (for a third time).  And who knows, maybe Snyder and company can resurrect Kal-El/Clark Kent/Superman as an interesting character.

Expressing an appreciation (or lack thereof) for all sorts of films for over 25 years.
Previous: Stories We Tell (2013)
Next: A Hijacking (2013)