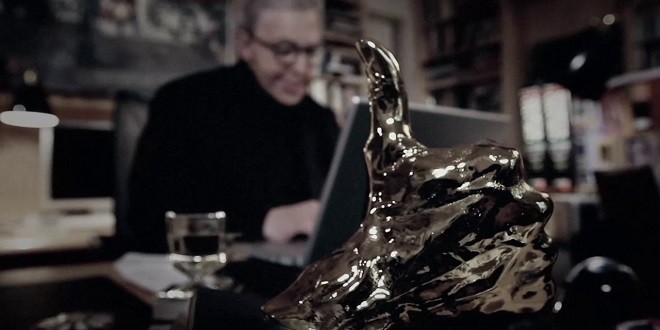 “I don’t know Pauline Kael.  Fuck Pauline Kael.”  It’s the kind of comment that a serious film critic may find downright “unseemly,” but that’s kind of the point.  As delivered by a long-time friend and colleague of Roger Ebert in the documentary Life Itself, it sums up Ebert’s place, relatively speaking, within the convergence of film criticism and popular culture.  Widely considered the greatest American film critic of the 1960s and 1970s, Kael earned popularity among readers of The New Yorker as an articulate, snarky contrarian.  Both Kael and Ebert were highly opinionated, and both embraced their popularity and power to the point of dabbling in the very industry they were supposed to be critiquing.  But while Kael will probably always retain preeminence in the minds of said serious film critics, it was Ebert who won the first Pulitzer Prize for film criticism and then leveraged that legitimacy to expand his appreciation of the medium into dialogue.  And whereas Kael held private court for the lesser critics (the “Paulettes,” who probably included Ebert at one point), Ebert would publicly and passionately argue with Gene Siskel on a weekly basis.  Over five decades of relevance – from editor at a college daily, where printers that would literally shake the building, to prolific and popular blogger – Ebert has probably affected and influenced more people than any other journalist of his era with a skill for writing that went beyond film.  As a direct consequence of Pauline Kael, we have thousands of reviews enshrined in a dozen books and Armond White; but with Roger Ebert, we have so much more – primarily because we came to know him.

But the fact that Ebert was, in so many ways, an open book makes it that much harder for a documentarian to say something new.  If any director was up for that task, it would seem to be Steve James, whose Hoop Dreams (1994) was championed by Ebert as the best film of that decade.  That said, with a title like Life Itself, it’s not surprising that James goes for breadth.  As such, his efforts are admirable.  By eschewing a linear approach, James is better able to contextualize the connections between Ebert the child, Ebert the journalist, Ebert the cineaste, Ebert the alcoholic, Ebert the husband, Ebert the partner, Ebert the cancer victim, and of course, Ebert the celebrity.  And despite the fact that the film shares a title with Ebert’s memoir and is peppered by readings from it by voice impressionist Stephen Stanton, every once in a while, James manages to use cinema to convey an idea that the written word alone cannot – or at least not as convincingly.  (For example, when it comes to his relationship with Siskel, second-hand quotes are one thing (“[Ebert’s] an asshole, but he’s my asshole”), but outtakes of the two characters attempting to muddle through a mid-1980s promo for At the Movies is quite another.)

The only new chapter in the Ebert story is the third of the run time devoted to the last five months of his last illness  To be sure, none of us remember our births, and not all of us will marry or have children – which leaves death as the ultimate shared human experience.  And in contrasting Ebert’s very public fight with thyroid cancer that began in 2005 with Siskel’s very private bout with brain cancer that ended their partnership in 1999, James makes a convincing case that Ebert had a comfortable relationship with death, if not a bit of an obsession.  But James’ joinder with his subject matter in refusing to soft-peddle the inevitable often crosses the line into the excessive.  Within the precious 120 minutes granted to explore such a rich life, do we really need two separate scenes depicting the use of a tube beneath his jawless chin to suction out the fluid buildup?

I suspect that these may be minor quibbles for the documentary’s intended audience, which includes just about anybody other than the haters.  To them, perhaps, the only standard that matters is whether Life Itself would get a thumbs up from Ebert himself.  I like to think that it would, and maybe that’s enough.

Expressing an appreciation (or lack thereof) for all sorts of films for over 25 years.
Previous: Devil’s Knot (2014)
Next: The Seven Deadly Sins in Cinema: The Sweet Hereafter (1997)