Movie Reviews To Film Critics Who Love Books: Could I Just Get a Movie Review? | Aflixionado 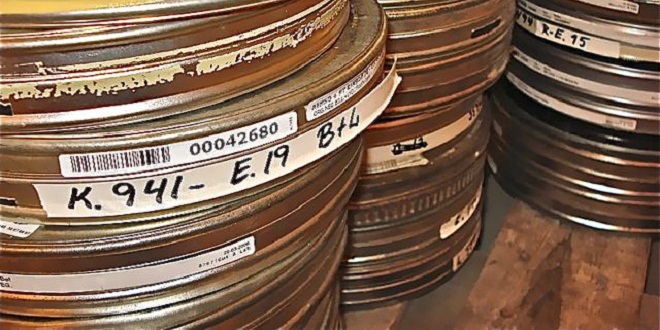 Having just battled through the difficulty of writing a post about my favorite Stephen King horror adaptations, I was dismayed by several recent reviews for Cloud Atlas (2012) – the Wachowski siblings’ adaptation of David Mitchell’s best-selling novel.  I have not read this novel, but I feel like I have.  I mean, I am now well aware of the differences in narrative structure between the film and the novel, thanks to certain film critics who feel like it’s their duty to compare the two.

“It’s possible, if daunting, to imagine a brilliant movie that could be conjured out of David Mitchell’s 2004 novel Cloud Atlas — a film that would play with the language of cinema the way Mitchell’s nimble, tricksy book plays with the English language. … Andy and Lana Wachowski and Tom Tykwer’s adaptation of Cloud Atlas is emphatically not that movie. Where the book is sinuous and oblique, their film is galumphing and heavy-handed, its rare flights of lyricism stranded between long stretches of outright risibility.”

The rest of the review consists of a lot of criticism about the film’s narrative and observations about performances.  Fair enough.  But in terms of assessing the visual storytelling of a film as ambitious as Cloud Atlas, what we get is passing references to The Matrix (1999) and Blade Runner (1982) (obvious to anyone who saw the preview) and the description “floridly excessive.”   Normally, I enjoy reading Stevens’ film reviews, but when she takes on adaptations of familiar books, not so much.

Next up, consider the similarly meh review of Cloud Atlas by A.O. Scott, a book critic turned film critic for the New York Times.  While Scott reserves his praise for the underlying novel (“wonderous”, “graceful and virtuosic pastiche”) until later in the review, the first sentence does include a reference to Herman Melville.  And eventually, he does devote a whole paragraph to the narrative differences between the book and the movie.  Finally, near the end of the review, Scott concludes:

“Mr. Tykwer and the Wachowskis emphasize the spiritual rather than the political dimensions of Mr. Mitchell’s novel and at the same time make his meanings less elusive and more accessible.  Perhaps too much so.“

Of course, I don’t want to focus exclusively on those film critics with backgrounds in the literary world.  All you really need for a slanted review is a bibliophile.  For example, critic David Edelstein entitled his review “Cloud Atlas: You’re Better Off Reading the Book”.  [EDIT: As Mr. Edelstein has noted in the comments, he is not the party responsible for the title given to the review.]  That’s great, Mr. Edelstein, but I am listening to a movie review, and the choice I am facing is not between spending: (a) two or three hours in a theatre; or (b) several days reading a book.  Rather, I am most likely wondering whether I should see Cloud Atlas, one of the many other relatively uninspired films currently playing, or nothing at all.  Now if you want to tell me whether I should devote my reading time to Mitchell’s fantasy novel versus something like Yann Martel’s Life of Pi, that’s great.  But that’s another discussion.

All this leads me to the question:  Do Stevens, Scott, and Edelstein ever think that the movie is superior to a book they liked?  At very least, there seems to a lack of critical objectivity at play here, if not an air of snobbery (i.e., the literary being the higher form of art, of course).

In contrast, consider the negative review of Cloud Atlas by former Film Comment editor, Richard Corliss, in Time magazine.  To be sure, I do not agree with Corliss about this particular movie, but his review is well-grounded in cinematic terms and speaks about the novel only in so much as it lays out the film’s narrative.  And consider Roger Ebert’s review, who made only a passing reference to the novel and included the following astute observation:

“Any explanation of a work of art must be found in it, not taken to it.  As a film teacher, I was always being told by students that a film by David Lynch, say, or Warner Herzog, was ‘a retelling of the life of Christ, say, or ‘Moby Dick.’ ‘  My standard reply was: Maybe it’s simply the telling of itself.”

It seems to me that if you are going to review a film (and get paid for it), then from the start, you need to take the medium seriously on its own terms.  Instead of being evaluated against other films  of similar style or substance, movies like Cloud Atlas tend to get bunched into a poorly-conceived genre called “adaptations” to be judged against the underlying material.

Of course, I have heard the argument that movie critics also need to speak to the fans of the books.  But do they really?  To echo my previous question, at the point when you have already spent days immersed in reading/listening to a book that you clearly love, how often does the two or three hour experience of watching movie match up?  Not often.  And the exceptions (e.g., The Shining (1980)) tend to prove the rule.  Will a movie reviewer’s insistence on comparing the apples and the oranges really persuade/dissuade the gazillions of readers who gobbled up the Twilight or The Hunger Games from venturing into the next phase of the franchise?  I think not.  In fact, it probably does more harm than good.

I look at drawing these connections between books and movies like mixing religion with politics.  Maybe I am an idealist overstating my argument.  Maybe the cat is already out of the bag.  Still, as I see it, not all good books make for good films, but we also live in a world where selling a lot of books and selling a lot of movie tickets is not enough.  And yet, the more we talk in the public sphere as if book and films come from the same tree (i.e., as if adapations should be thought of as a distinct film genre) – the more we encourage a line of thinking where the artistic merit of both media is sacrificed to the financial pursuit of cross-marketing.  Do we really want publishers to be asking themselves, “Would novel X or novel Y make a better movie?”  Do we really want another dollar that could be used to produce a film from an original script sacrificed for the service of an established book franchise?  Yet every time a movie reviewer uses the book as a measuring stick for the movie, he or she encourages that line of thinking.

Expressing an appreciation (or lack thereof) for all sorts of films for over 25 years.
Previous: She Said: Antichrist (Can our beliefs and fears about ourselves manifest in a self-fulfilling prophecy?)
Next: Skyfall (2012)