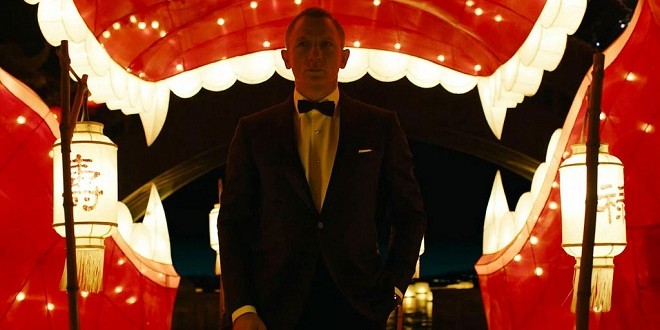 Posted by: Steven on November 9, 2012 in Movie Reviews Leave a comment

Having seen about a dozen 007 films, mostly in my childhood, I am not what you would call a big fan the franchise.  So I was initially skeptical when I heard about the “reboot” back in 2006.  (At that time, director Martin Campbell’s most notable work was another forgettable entry in the franchise – GoldenEye (1995).)  But with Casino Royale, I became a believer.  And what impressed me most was the uncharacteristically streamlined storytelling – devoid of the more cartoonish elements of the franchise – buttressed by Daniel Craig’s visceral take on James Bond, Judi Dench’s turn as the Bond’s boss, and Eva Green’s more-than-a-typical-Bond-girl.  Unfortunately, the hastily-produced sequel, Quantum of Solace (2008), suffered commercially and critically from a jaggedly-paced plot strangely reminescent of Chinatown (1974).

Four years later, the powers-that-be have doubled down with what must surely be the most impressive collection of filmmakers to helm a 007 film – Oscar-winning director Sam Mendes (American Beauty (2000)) and nine-time Oscar-nominated cinematographer Roger Deakins (The Shawshank Redemption (1994), Fargo (1996)).  And with a supporting cast that includes Oscar-winner Javier Bardem (No Country for Old Men (2007) and two-time Oscar-nominated Ralph Fiennes (Schindler’s List (1993), The English Patient (1996)), Skyfall has generated a significant buzz.

This time around, political themes take a backseat to the psychological, with Dench’s “M” standing for “mother.”  In portraying Silva (Bardem), the former operative-turned-menace, Mendes and company take a few more chances than is typical for such a testosterone-fueled franchise.  (In particular, an interrogation between Silva and Bond plays in refreshingly stark contrast to a parallel scene from Casino Royale.)  But from his first monologue (shot at a curiously long distance), Bardem always appears to be doing too much with too little.  Is Silva a professional for-hire or a terrorist with a vendetta?  His character is never really coherently defined, even for a Bond villain.

Plot-wise, Mendes and company ramp up the stakes by demonstrating a willingness to sacrifice characters we care about.  But the elements that otherwise distinguish Skyfall from the other films in the franchise prove to be mostly unremarkable.  Certainly, director Christopher Nolan’s Batman Begins (2005) served as a commercial motivator for the 007 reboot, and there are distinct echoes of The Dark Knight (2008) and The Dark Knight Rises (2012) at play here.  And the endgame of Skyfall will make you feel like you stepped out of a spy thriller and into a western.  Yet in the final analysis, the 23rd intallment of the franchise never quite transcends its preset parameters as a series of action set pieces.  To be sure, the action is beautifully rendered (e.g., in a showdown on an abandoned floor of a Shanghai skyscraper), and for that, Skyfall is one of the better 007 films that I have seen.  But that is about it.

Expressing an appreciation (or lack thereof) for all sorts of films for over 25 years.
Previous: To Film Critics Who Love Books: Could I Just Get a Movie Review? … Probably Not, But I Had to Ask
Next: Silver Linings Playbook (2012)