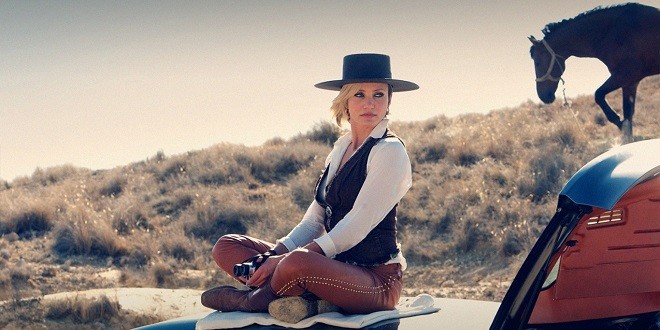 Posted by: Steven on October 26, 2013 in Movie Reviews Leave a comment

The Counselor certainly has an intriguing pitch:  Old-guard master Ridley Scott directs one of the hottest new actors, Michael Fassbender, with the first original screenplay by Pulitzer Prize-winning author Cormac McCarthy, whose successful film adaptations include No Country for Old Men (2007) and The Road (2009).  As it turns out, The Counselor has proven to be the kind of film that generates reviews which tend to say more about the reviewer than the film.  For example, with descriptors like “phony,” “talky,” “dull,” and “spiritually compromised,” maybe The Washington Post should have found someone other than Ann Hornaday to review a McCarthy-penned movie.  To be sure, nobody sits around and has philosophical conversations with business associates like they do in a McCarthy script, or for that matter, a Quentin Tarantino film.  The target audience for a film like The Counselor does not care if extended monologues about the purposes of a diamond or a snuff film are realistic or nihilistic.  If you do not want to spend two hours in that world, then by all means, do not see The Counselor.

Of course, that does not mean that The Counselor works.  Perhaps the most apt comparison is the Coen brothers’ faithful adaptation of McCarthy’s novel, No Country for Old Men (2007), which was certainly no less of a downer.  That Oscar-winning film introduced the enigmatic Anton Chigurh – a force of nature, an embodiment of random fate, and an instrument of cold principle (an aspect accentuated by the use of a tool as a weapon) – into the very real world of rural Texas with very real human beings like Llewellyn Moss, who found himself caught precariously on the thin line between survival and greed.  The plot setup was simple enough to set up the basic motives and allow the directors to focus the viewer almost entirely on character interaction.  So we were willing to take side trips of verbal pontification with Sheriff Bell and Uncle Ellis.  And we could even forgive the fact that the inevitable confrontation between Chigurh and Moss never even occurs onscreen.

In contrast, the machinations of The Counselor are deliberately oblique.  And to use the term “character” would be generous.  What we really get are archetypes.  The unnamed title character (Fassbender) is a defense lawyer who spends the first third of the film deciding whether to take a walk on his clients’ dark side and who (ironically enough) acts as the recipient of the plentiful cautionary advice of his would-be partners – the lavish drug-lord, Reiner (Javier Bardem), and the flamboyant middleman, Westray (Brad Pitt).  At the same time, said counselor reaches a whole different crossroads with his lover – a nice Catholic girl whom the counselor has corrupted (Penelope Cruz), as we learn in the first scene of the film.  Mix in Reiner’s predictably bad choice in women, the leopardess Malkina (Cameron Diaz), and we have all of the ingredients of a formula noir, which (ironically enough) never takes place at night.  Unfortunately, by the third act, we are asked to actually feel something for the title character, as Fassbender goes into full tilt emotional breakdown; but by then, the murky plot and the cardboard characterizations have taken their toll.

The problem with The Counselor is not talkiness or a lack of spirituality.  The problem is not with the performances or the direction.  The problem is the fundamental construction of the narrative, and the blame lies squarely at the feet of McCarthy.  The world he created may have looked great on paper, but it really does not work in the cinema.

Expressing an appreciation (or lack thereof) for all sorts of films for over 25 years.
Previous: The Grandmaster [International Cut] (2013)
Next: Captain Phillips (2013)