Movie Reviews Review of The Disappearance of Eleanor Rigby: Him and Her (2014) | Aflixionado 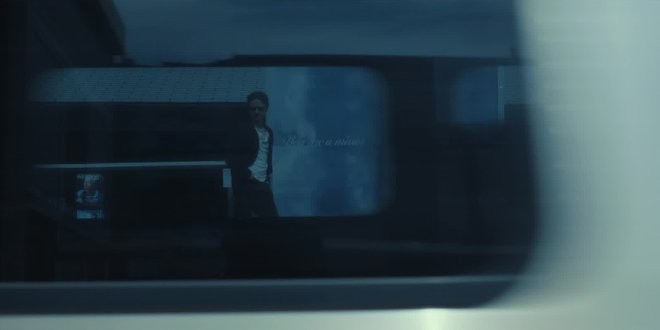 Posted by: Steven on February 15, 2015 in Movie Reviews Leave a comment

Out of all of the “prestige” projects that inundated movie goers in 2014, actress/co-producer Jessica Chastain’s “labor of love,” The Disappearance of Eleanor Rigby, is a hell of a lot more ambitious than Jennifer Aniston’s Cake or Reese Witherspoon’s Wild.  Following in the footsteps of 90s indie dramas, Him and Her each track the respective stories of Conor (James McAvoy) and Eleanor (Chastain) as their seven-year relationship dies a trauma-induced death.  Unfortunately, after the films received a relatively auspicious debut at the 2013 Toronto Film Festival, something bad happened: Harvey Weinstein.  Not to be daunted by the very point of having two separate movies, and true to Weinstein form (e.g., The Grandmaster (2013)), Him and Her were edited into the more consumable Them, which predictably garnered a more tepid response upon its theatrical release in September.  (As Dana Stevens put it, the choice seemed to demonstrate “a dispiriting lack of respect for their viewers’ intelligence.”)  In October, Him and Her would be released to but a handful of markets.  So as with the director’s cut of Kenneth Lonergan’s Margaret, the availability of Chastain and writer/director Ned Benson’s dual vision for The Disappearance of Eleanor Rigby has been relegated to a bonus disc in a DVD/BD.

Given the pitch, surprisingly, there are only a handful common scenes in Him and Her where Conor and Eleanor interact with each other is somewhat disparate ways, like a dramatic take on He Said, She Said (1991).  And even so, aside from a replay of an infamous exchange between the star-crossed lovers of The Empire Strikes Back (1980), most of the differences in these scenes are subtle enough to attribute to the imperfections of memory shaped by the ego.  As for the non-intersecting parallels between the two films, only one (a wrestling fight with best friend/sibling) comes across as a bit too cute.  As a set, Benson chooses to imbue each film with different hues, tones, and narrative approaches.

While Benson has stated there is no proper sequence to viewing these films, convention might dictate that Him be the first – it begins at an earlier point in time, is a bit more plot-driven, and aims for a bit more balance.  (Bill Hader, as Conor’s employee/best friend, supplies most of the few moments of comic relief.)  However, the sequential suggestion within the title itself (Conor being the first) is arguably superficial, as both films explicitly touch upon (“explore” might be too strong a word) the mutable nature of identity – the extent to which each character is defined by suffering and by others.  That said, in portraying the viewpoint of the “obnoxiously perfect” Conor, who Benson literally bathes in blue, Him seems to set up Eleanor as a sort of involuntary antagonist – damaged, defeatist, and even manipulative in their mutual struggle with grief.  And in doing so, Him feels a bit like a call that demands a response.

Her feels very much like that response, and indeed, Chastain prompted long-time friend Benson to write the alternate script.  To that end, Benson offers no explanations or excuses for Eleanor.  Rather, he depicts Eleanor as a person who simply sees things differently, as frequent shots from behind her head seem to emphasize (perhaps, self-consciously) the very idea of point of view.  As Conor ultimately takes refuge with his father (Ciarán Hinds), Eleanor also moves back in with her parents, numbly regressing with her younger sister/single mom (Jess Weixler), begrudgingly befriending her new professor (Viola Davis), and carefully patronizing a perpetually semi-inebriated mother (Isabelle Huppert).  Aside from the interactions with Conor and her father (William Hurt), Her is primarily populated with women.  Still, none of those characters or relationships are given much depth, and perhaps appropriately so, as Eleanor tends to internalize.  Her‘s colors are also more subtle and sobering – orange, yellow, sepia.  And whereas Conor unapologetically insists on “moving on,” as Him moves along a strictly chronological path, Eleanor is content to meander and reflect, as Her is interspersed with flashbacks to their more intimate moments.

The term “gimmicky” is bound to come to some viewers’ lips.  But what does that really say about a film other than identifying a particular aspect that does not work?   To be sure, not everything in Him and Her works.  (Notwithstanding the strong performances by Chastain and McAvoy, those intimate moments could use a bit more steam.)  But there are enough pieces that do work, enough to raise interesting questions – the first being how a male writer/director deals with having to squarely separate each gender perspective.

Expressing an appreciation (or lack thereof) for all sorts of films for over 25 years.
Previous: Goodbye to Language 3D (2014)
Next: Citizenfour (2014)