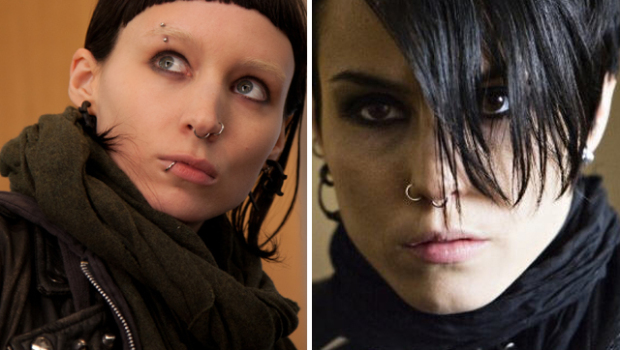 Posted by: Steven on December 31, 2011 in Other Stuff Leave a comment

In my opinion, director David Fincher made two of his best films within the grim serial killer subgenre – Se7en (1995) and Zodiac (2007) – each of which is quite different from the other.  Rooney Mara, who plays the title character in this latest adaptation Stieg Larsson’s posthumous and wildly successful genre novel, The Girl with the Dragon Tattoo, delivered one of the most memorable performances of 2010 (albeit in two scenes) in Fincher’s The Social Network. That said, even with this combination of talent, I cannot recommend this most recent adaptation.  Instead, I can recommend the 2009 Swedish-language original, which is well worth overcoming any aversion the most casual English-speaking viewer may have to subtitles.

In the interests of full disclosure, I may hold a minority view when it comes to adaptations of written material. I realize that most readers, both avid and casual, judge the merits of adapted films based on how closely they match the original stories. Even when I have read and enjoyed a novel before seeing the movie version, I do not fall into that camp. As far as I am concerned, a novel is a novel, and a film is something else – if for no other reason than the novelist has hundreds of thousands of words and the filmmaker has but a couple of hours of your time to tell a visual tale. That said, I believe that a film can transcend its source material. (For example, director Stanley Kubrick took enormous liberties with the narrative of Stephen King’s novel The Shining, and as a result, it is a better film as compared to other films than King’s novel as compared to other novels.) With that in mind, this review assesses the 2009 and 2011 films and not the original novel.

That said, it is worth noting that the original title of the novel was Men Who Hate Women. (More on that later.)  Set in Sweden, Mikael Blomkvist (Michael Nyqvist in the original, Daniel Craig in the remake), a political journalist who has just lost a libel suit (where libel is actually a crime), decides to take retired industrialist, Henrik Vanger (Sven-Bertil Taube in the original, Christopher Plummer in the remake), up on his offer to investigate the disappearance of his 16 year-old niece four decades earlier. Moving to the Vanger family compound on an island far away from the judging eyes of the city, Mikael eventually enlists punk hacker, Lisbeth Salander (Noomi Rapace in the original), an emotionally-damaged young woman whose assets and income remain subject to the guardianship of the state (for reasons not fully revealed).  Together, the unlikely pair attempt to navigate the mysteries surrounding the Vanger family to find the truth.  The narrative – which falls within the more graphic entries of the serial killer subgenre – is not particularly unique. To me, what is compelling about this story, dramatically speaking, is the character of Lisbeth. She is both the product and the reflection of men who hate women and the extreme violence that results. (Hence, the original title.) Yet her character defies the prototype female victim/vigilante, as she is armed with superpowers of extraordinary deduction and a photographic memory.

Having watched the two adaptations back-to-back, I have to admit that the remake (penned by Steve Zallian) has some superior moments. The first scene where we meet Lisbeth, as well as the pivotal scene in a basement near the end of the film, are both written and performed better than the original, which was adapted by director Niels Arden Oplev and screenwriters Nikolaj Arcel and Rasmus Heisterberg.  And scene-for-scene, the Fincher/Zaillian remake is certainly a more professional (if not dispassionate) affair. From what I understand from fans of the novel, this collection of scenes, more dense with subplots and characters, also adheres more closely to the novel than the original film. But as cinema, the Fincher/Zaillian remake also makes for a less compelling main character and a less palatable story.

Oplev is no slouch as a director, and Mara cannot quite top Rapace.  But the primary differences lie in the script.  If this story is supposed to be about men who hate women and the woman that the hate creates – with the dragon in the title being, more than anything, the scar of that hatred – the Fincher/Zaillian remake focuses so hard on the trees that it ultimately misses the forest.

And that brings me to the purpose of this most recent adaptation. I can only conclude that the sole impetus for this film was to exploit a known quantity – the millions of fans of the “Millenium series” of novels. The studio publicists can claim, “Our film is closer to the book!”  Perhaps they would be right, but it does not make for the better film.

So what’s the harm with Hollywood remaking perfectly well-done foreign films?  Directors, cinematographers, actors, and writers involved in these projects could be devoting the time and resources to original material. This film barely resembles what we have come to associate with Fincher. In the future, I hope he can find the right combination of source material and inspiration. Over the last five years, he has either played it safe (The Social Network) or gone out on a limb with a weak script (The Curious Case of Benjamin Button (2008)). I fear that Fincher’s next five years will be spent wrapped up in the far less compelling installments of the Millenium series – The Girl Who Played with Fire and The Girl Who Kicked the Hornet’s Nest (which could be more accurately retitled as “The Continuing Adventures of Lisbeth Salander”) – material that Oplev, Arcel, and Heisterberg had the good sense to leave behind.

* NOTE:  In the interests of full disclosure, the author is not necessarily averse to the notion that a Hollywood remake may surpass its foreign predecessor (e.g., Insomnia (2002), Brothers (2009)).

Expressing an appreciation (or lack thereof) for all sorts of films for over 25 years.
Previous: Shame (2011)
Next: Prometheus (2012)